On the Edge of the Primeval Forest 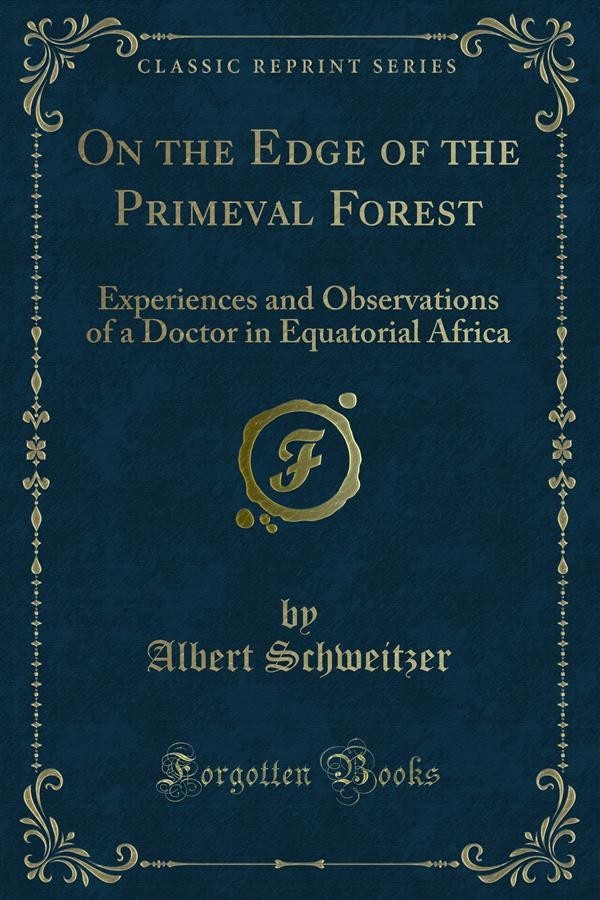 On the Edge of the Primeval Forest

The two or three hundred doctors whom the Euro pean States maintain as medical Officers in the colonial world could undertake only a very small part (so I argued to myself) Of the huge task, even if the majority Of them were not there for the benefit, first of all, of the white colonists and the troops. Society in general must recognise this work of humanity to be its task, and there must come a time when doctors go out into the world of their own free will, but sent and supported by society and in numbers corresponding to the need, to work for the benefit of the natives. Then only shall we be recognising and beginning to act upon the responsibility in respect of the coloured races which lies upon us as inheritors of the world's Civilisation. Moved by these thoughts I resolved, when already thirty years old, to study medicine and to put my ideas to the test out there. At the beginning of 1913 I graduated as M.D. That same spring I started with my wife, who had qualified as a nurse, for the River Ogowe in Equatorial Africa, there to begin my active work.