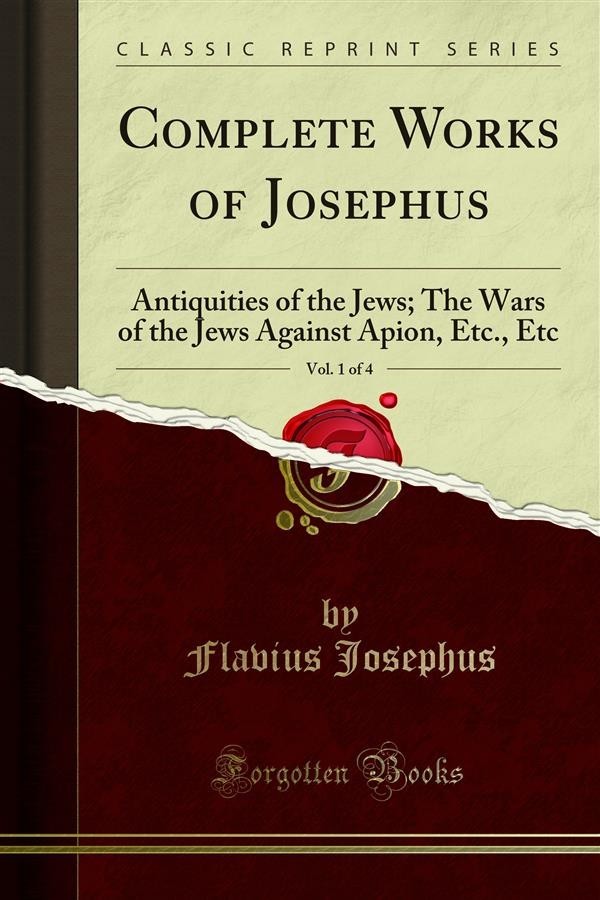 The Canonical Books excepted, the writings of Josephus stand alone among the remains of ancient literature. Ancient classical literature has served the most important purposes, but the mighty movements Of the world, bringing into operation as they now do, principles that were unknown to ancient nations, are more and more setting themselves free from the con trol of axioms that belong to the eras of early civiliza tion. If the Jewish historian does not share the fate of the classic writers — his contemporaries — it is not because his genius was brighter than theirs, or his personal qualities of a higher order, or that his Opinions were more sound, or his philosophy more authentic, but because the testimony he furnishes, concerning the institutions and the events with which he was familiar, is of inestimable value in relation to benefs which can never lose their hold upon the human mind. The writings of Josephus are, therefore, not merely im mortal in the sense in which other portions of the literature of antiquity are so, but they include within their compass what is indestructible, connected as it is with the highest welfare of the human family.