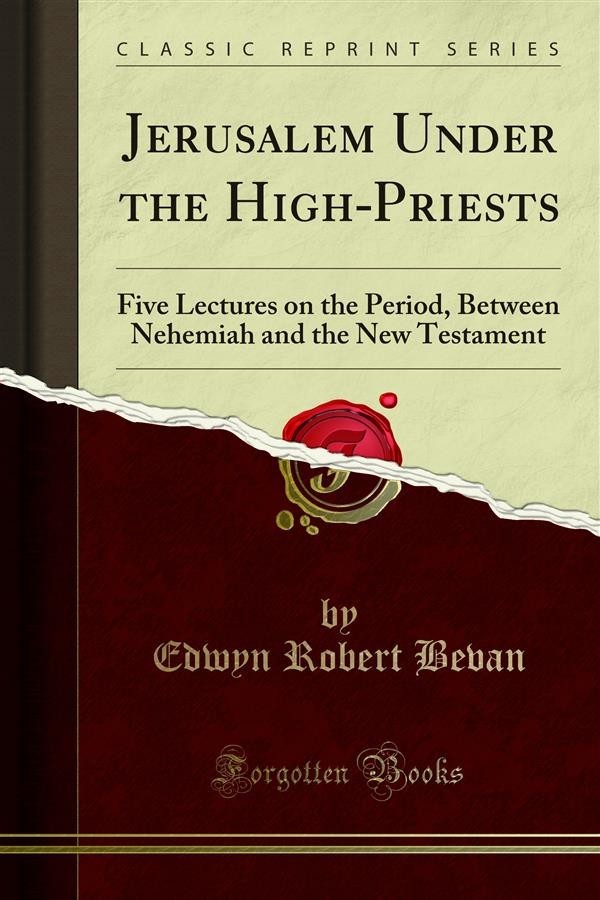 The Lectures in this book were composed for popular audiences in connection with the Bath and Wells Diocesan Society for Higher Religious Education, and it is not their object to produce what the professed historical student would regard as new results, but to give in a few strokes the general outline and colour of a period which must surely have an interest for everybody who finds any interelst in the Bible. Any one who should come to a book of this sort for the elucidation of obscure problems or matters of controversy would certainly be disappointed; it is on such points indeed that a work intended for students would chieﬂy fix its scrutiny; it has been my principle to neglect them,manual. It seemed to me that even, as such, they might be welcome to some of those people who, without being experts, are still interested in a period so crucial for the history of our religion, especially when I reﬂected that, were I asked to mention any book which gave some brief account of it, in accord ance with the present state of expert opinion, I should be somewhat at a loss to name one. Those who wish to make a serious study of the period will, of course, go to the books which give them a command of the learned literature on the subject; it is hardly necessary, even in England, to name the great cardinal work of Dr. Emil Schurer. The study of the more distinctively religious currents of the period has been greatly furthered and facilitated by the work of Professor R. G. Charles, the recog nised authority upon Jewish apocalyptic writings. I could wish that his translation of the book of Enoch were published in a popular form, which would make it more known, as it ought to be, by all those who desire light upon the New Testament. It is from this translation, I need hardly say, that my quotations from Enoch are taken. The quotations from the Psalter of Solomon follow the version by the Bishop of Winchester and Mr. M. R. James (ryle and James).