Memoirs of a Great Detective 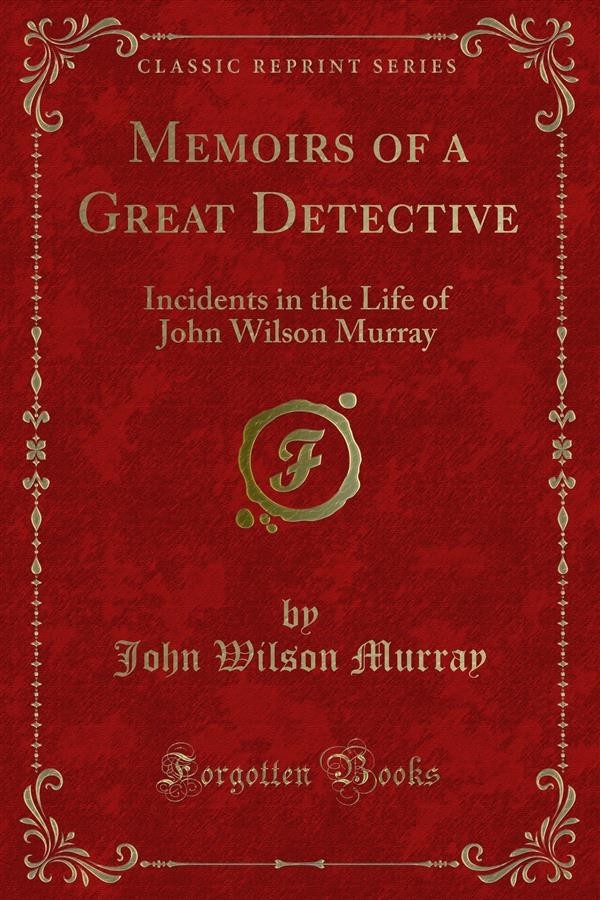 Memoirs of a Great Detective

IN a tangled swamp on a farm near Galt, in the county of Waterloo, Province of Ontario, Canada, in August 1897, searchers were hunting for the body of a farmer's wife. She had disappeared, and blood by the wood pile and near the house told Of a crime and the hiding of the body. One of the party beating the swamp came upon a half-dug grave. He kept silence as to his discovery, and, when night fell, he secreted himself in the thick brush near the grave and waited, in the faint hope that the murderer would return and finish his task, perchance bringing the body with him. It was bright moonlight overhead. In the thicket of the swamp all was gloom, save for a broken filtering of pale light Where the underbrush and tall briar had been thinned out. It was a lonely, dismal place. An owl's wailing and the swamp-frog's croaking were the only sounds. The hours passed. Midnight came and went. Not even a lizard appeared by the grave. The watcher was about to creep closer and ease his limbs, when a rustle sounded in the brush, a noise like the Wind swishing a bush. It ceased, then came again, then all was still. Suddenly, on the Side of the grave farthest from the watcher, a figure crept swiftly out Of the thicket and stood erect.