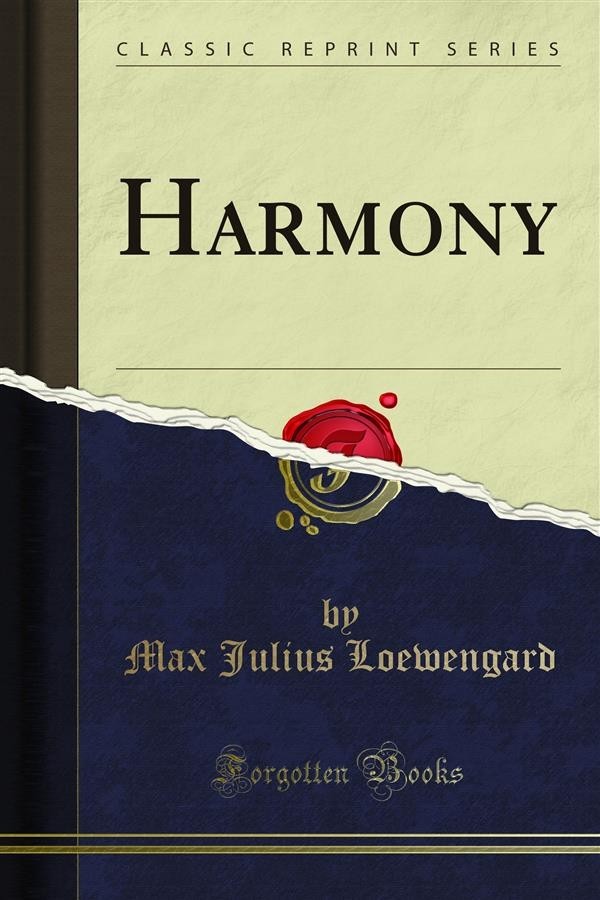 Harmony is the grammar of tone language.<br><br>The knowledge of Harmony is just as indispensable to anyone studying music, as the knowledge of grammar is to those who wish to gain more than a superficial understanding of a language.<br><br>Since the exercises in Harmony (from very simple pedagogical grounds) not only can be resolved into their elements, but, for the most part, must be a combination of separate elements, the student can easily see in them the preparation for composing; they are such indeed in no other sense than are the orthographical and grammatical exercises preparatory to writing poetry - not less elementary, not less indispensable.<br><br>All chords may be divided into two groups: -<br><br>1. Triad, or chord with three tones.<br><br>2. Sept chord, or chord with four tones.<br><br>Every triad consists of a fundamental tone, its third and its fifth. Every tone of the scale may be used as the fundamental of such a triad, thus a triad can be formed on any tone of the scale by adding its third and its fifth. If one uses only the tones which belong to a certain scale he will find that part of the triads have a major third and a perfect fifth, while others have a minor third and a perfect fifth. The triad on the VII degree of any scale, as well as on the II degree of the minor scale, always has a minor third and a diminished fifth. The difference between these triads does not concern us at present.