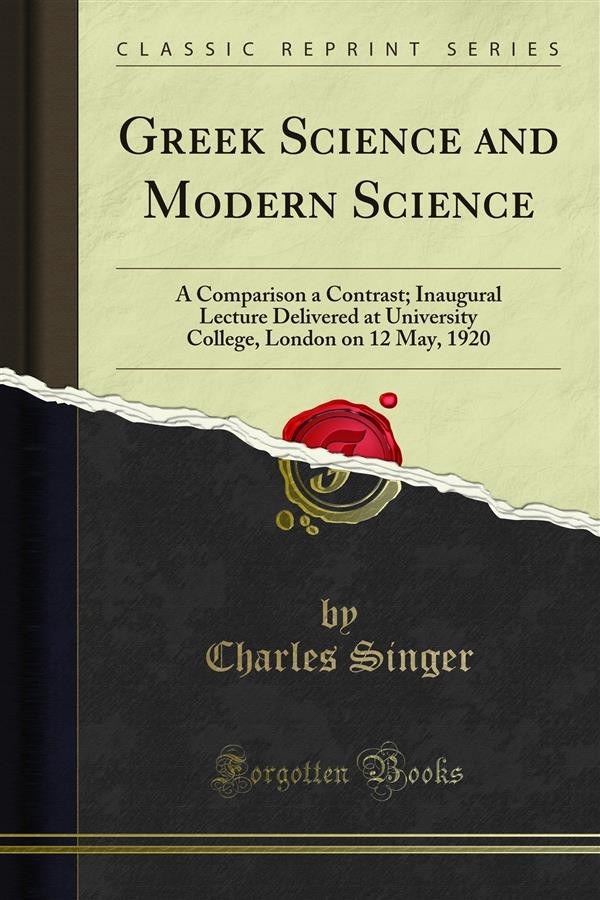 Into this great anonymous Oriental heritage the philosophers of the Ionian cities were fortunate enough to enter./ They come often under grave suspicion of concealing their debt to antiquity, and it is unfortunate that the more reliable accounts of the origin of Greek Science, such as the History of Mathematics by Eudemus, the pupil of Aristotle, are ldst to us. But once the Greeks had inherited this scientific system they impressed it with their own individuality in their own self-centred way. Their self-centred character has often been remarked, and had indeed been observed by the Greeks themselves. They thought as individuals, not as a people; and the Science that they inherited from antiquity, rom being anonymous became, in their hands, eponymous, a character which it has ever Since retained. Science from their time to ours hasfalways been the fruit\of individual minds and not aproduct'of the social consciousness.