Numbers and Losses in the Civil War in America 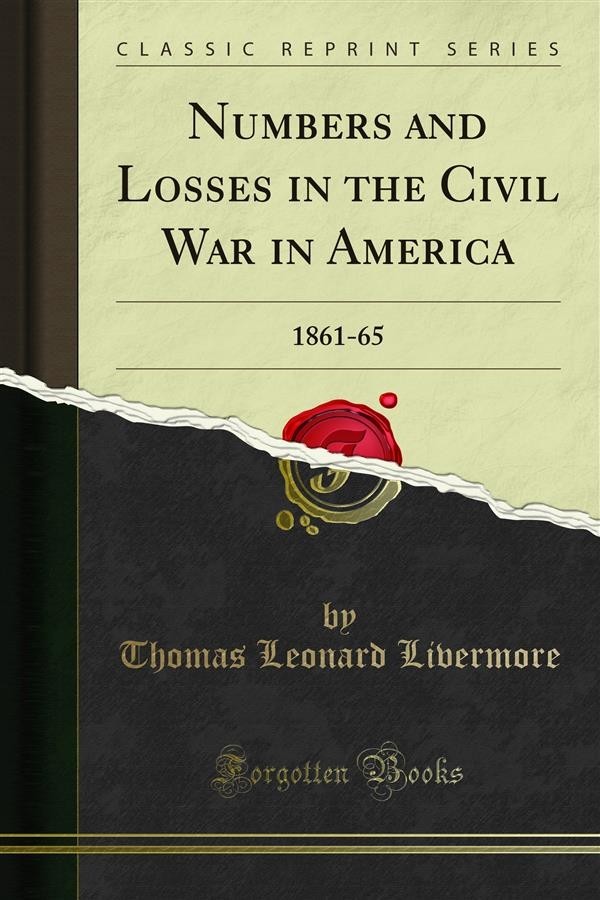 Numbers and Losses in the Civil War in America

IN this edition the statements of numbers engaged at Cedar Creek and Petersburg, April 2, and in the Appo mattox campaign have been changed or qualified by cor rections for which the author is indebted to the kindness of several correspondents (pages 127, 136, and 139, and note 1, page Colonel Fox, to whose Regimental Losses the present writer is much indebted, has, since the issue of the first edition of this book, published a very complete and admirable account of the battle of Gettysburg (new York at Gettysburg, vol. 1, pages 1 The present edition is corrected to conform to Colonel Fox's careful list of organizations whose num bers are to be added to, or subtracted from, the number given in the returns of the armies in that battle. Basing his calculation upon the reports of the commanders of a. Large number of regiments, Colonel Fox estimates the number of the Union army actually carried into action at Gettysburg at (852 in 1000 of the present for duty), as compared with effectives computed in this book, and the number of the Confederate army at as compared with which is here adopted. In comparing these numbers it is to be borne in mind that the bases of the computations differ. Colonel Fox includes all the organizations on the field, and deducts all men who did not remain in the ranks.