How Christ Said the First Mass, or the Lord's Last Supper 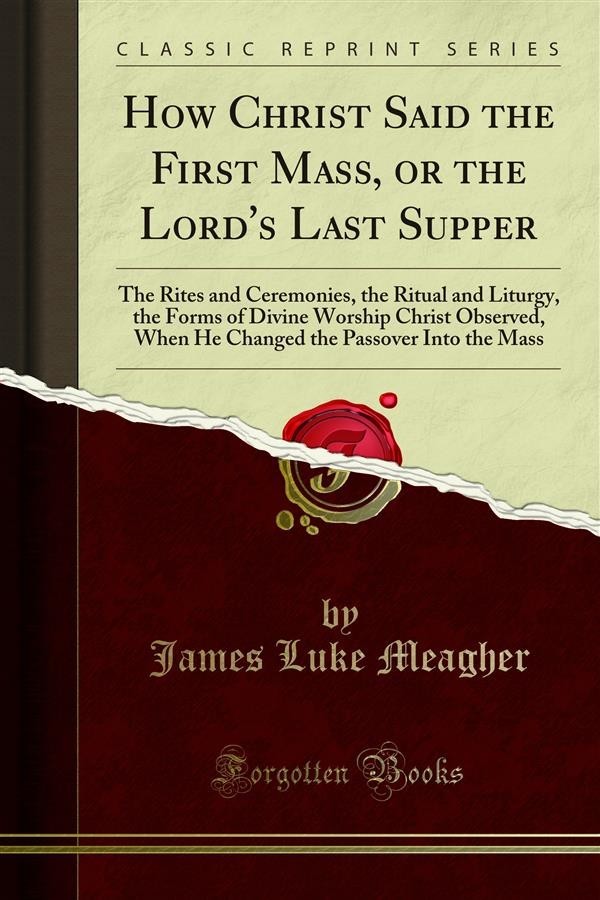 How Christ Said the First Mass, or the Lord's Last Supper

Worldly people look with wonder at the Mass, and Often say: What is the meaning of this form of divine worship? Where did these ceremonies come from? Why are candles lighted during daytime Why do the priests wear such peculiar robes? Why don't they say the serv ice in a language the people can understand? The Catholic sometimes says to himself: The Mass came from the Last Supper. But did Christ or the apostles say Mass as priest or bishop of our time? Did Christ that night follow any form of worship? If he did, where is it found? From ancient days the Church used the Ordinary of the Mass, but we do not know its origin. Many questions rise in people's minds to which they find no answer. A common Opinion holds that Christ said the First Mass at the Last Supper according to a short form of blessing and prayer, then consecrated the bread and wine, gave the apostles Communion, and preached the sermon John's Gospel gives. When the apostles said Mass, they recited some Psalms, read the Scriptures, preached a sermon, consecrated the bread and wine, recited the Lord's Prayer and then gave Commun ion. In the apostolic age the saints added other prayers and ceremonies. Afterwards Popes and councils still more developed the rites, composed new prayers, and that during the Middle Ages the Mass grew and expanded into the elaborate Liturgy and Ceremonial of our day. But these opinions are wrong. From the beginning the Mass was said according to a long Liturgy and with ceremonies differing little from those of our time. N O substantial addition was made after the apostolic age what the early Popes did was of minor importance — revis ions and corrections. Little addition was made to the Ordinary of the Mass handed down from the days of Peter, founder of our Latin Liturgy.