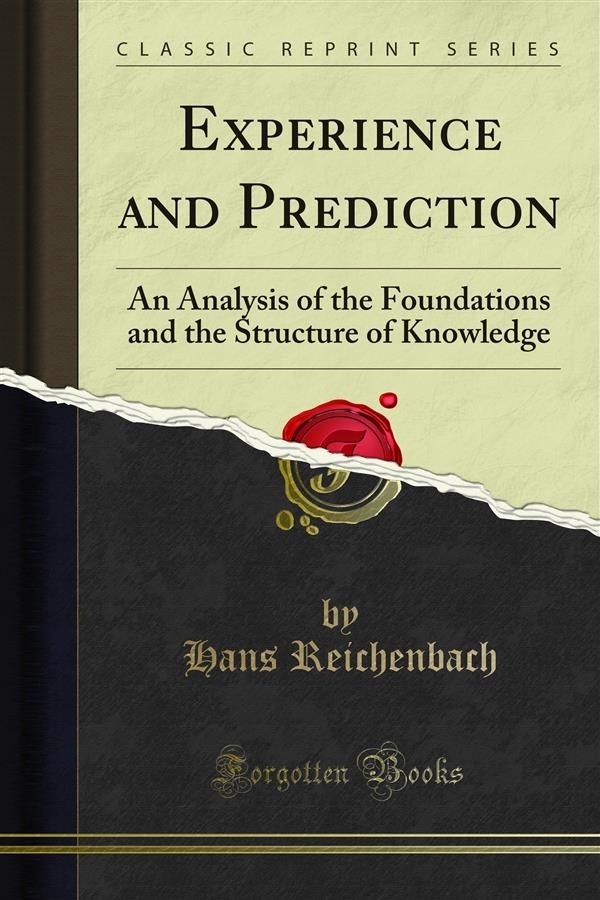 The conviction that the key to an understanding of sci entific method is contained within the probability problem grew stronger and stronger with me in the face of such basic mistakes. This is the reason why, for a long time, I renounced a comprehensive report of my epistemological views, although my special investigations into different problems of epistemology demanded a construction of foundations different from those constructed by some of my philosophical friends. I concentrated my inquiry on the problem of probability which demanded at the same time a mathematical and a logical analysis. It is only after having traced out a logistic theory of probability, includ ing a solution of the problem of induction, that I turn now to an application of these ideas to questions of a more gen eral epistemological character. As my theory of probabil ity has been published for some years, it was not necessary to present it with all mathematical details once more in the present book; the fifth chapter, however, gives an ah breviated report of this theory — a report which seemed necessary as the probability book has been published in German only.