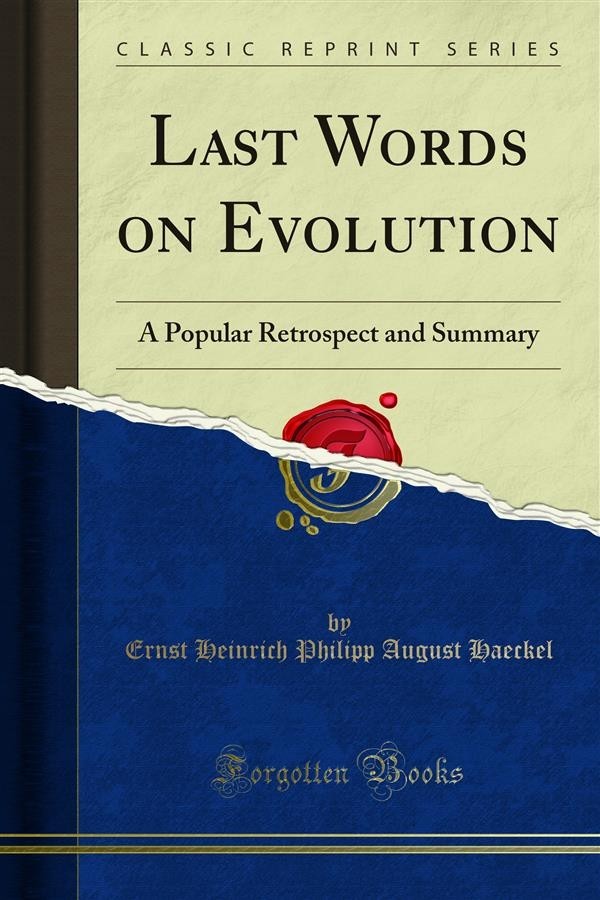 Wallace, science has accepted the fact of evolution, and has, indeed, accepted the main lines of Haeckel's ancestral tree of the human race. In any case, Haeckel had the splendid revenge of surviving his old teacher and almost lifelong opponent. Berlin had for years been dominated by the sceptical temper of Virchow and Du bois-reymond. The ardent evolutionist and opponent of Catholicism was impatient of a reserve that he felt to be an anachronism in science and an effective support Of reactionary ideas. It was, therefore, with a peculiar satisfaction that he received the invitation, after Virchow's death, to address the Berlin public. Among the many and distinguished honours that have been heaped upon him in the last ten years this was felt by him to hold a high place. He could at last submit freely, in the capital of his country, the massive foundations and the imposing structure of a doctrine which he holds to be no less established in science than valuable in the general cause of progress.