A Manual of the Entire Geography of Scripture 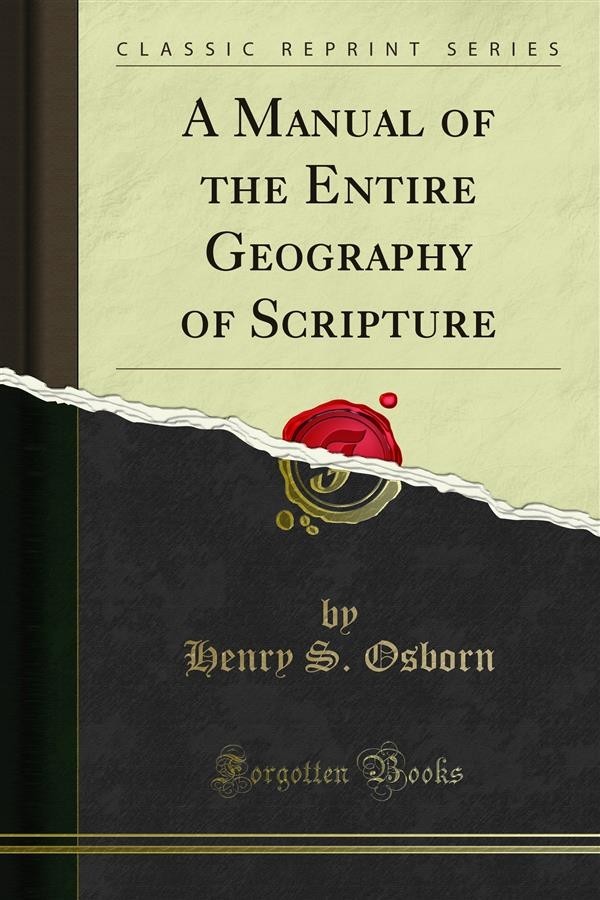 A Manual of the Entire Geography of Scripture

In this work the subject of Biblical geography has. Been carefully reviewed and all previous statements in regard to this subject thoroughly examined. This has been found necessary because in each of four most re ce'ntly published works, either important discoveries have been entirely unnoticed, or the old views and er rors copied and continued in the new work. In two recent publications many errors in direction and dis tance have been made, especially in the Palestine geog raphy although the survey of that region was complet ed and published in 1880. A new edition of Smith's Biblical Dictionary appears with very many errors of the last mentioned class, and these, of long standing, are given a new run in other, but less authoritative, works. In the last edition of The American Sunday School Union's Bible Dictionary, with which Dr. Schafi's name is connected as editor, no mention is made of several important geographic discoveries, such as that of the old Hittite Carchemish, important in both Assyrian and Biblical history, also the discoveries of accad-sepharvaim in Babylonia, Anab in Palestine.