The Convivio of Dante Aliaghieri 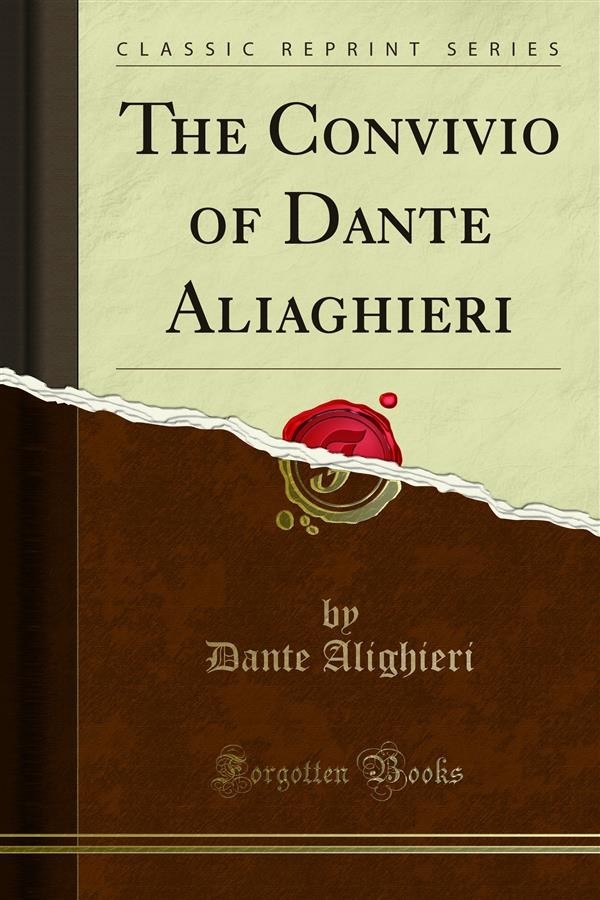 The Convivio of Dante Aliaghieri

<i>The Convivio di Dante Alighieri</i> is a philosophical essay composed in the years between 1304 and 1307 after Dante's political exile in Florence. Dante wrote in Italian and the book is a landmark in the use of Tuscan language for serious literature. He chose Italian rather than Latin because he wanted all people to be able to read and understand his ideas.<br><br>The unfinished essay has four separate parts. In the first book, Dante metaphorically represents the book as a banquet of wisdom, where the poetry sections are the main courses and the prose sections are the bread. In Dante's conception, the guests of the banquet are wisdom-seekers who are too busy with politics to purse their studies. Since Dante was in political exile, he was also making a point about the self-absorbed politicians who fought him.<br><br>In the second book, Dante explains that after his beloved Beatrice's death, he started studying philosophy and fell in love with the subject. For Dante, philosophy is personified by a woman and the love he feels for her. <br><br>In the third book he carefully describes this woman and defines philosophy as a loving use of wisdom. Dante's primary argument is that philosophy suffers when it has ulterior motives. The philosophical seeker needs to love wisdom and seek it for its own sake. <br><br>In the fourth book, Dante defines nobility, which he explains cannot truly be inherited. He says nobility can only be gained from God, by acting in accordance with principles and pursuing purity. He explains his political theories, which eventually are put forth in more detail in other texts. <br><br>Dante wrote <i>The Convivio</i> as a defense of his reputation. He also wanted to show Italians that he had cultural value as a poet and philosopher. The philosophical and political ideas of <i>The Convivio</i> reappear in greater detail in later works, particularly in <i>The Divine Comedy</i>. <i>The Convivio</i> is an important work by one of the masters of world literature.