Bunyan Characters in the Pilgrim's Progress 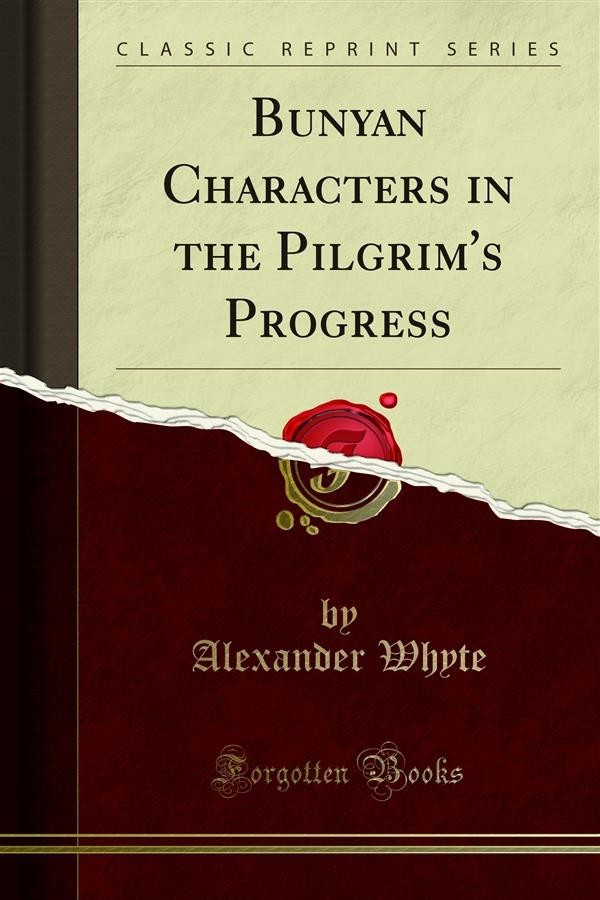 Bunyan Characters in the Pilgrim's Progress

And thus it is that the adjective 'moral' usually ac companies our word character -moral or immoral. A man's character does not have its seat or source in his body; character is not a physical thing: not even in his mind; it is not an intellectual thing. Character comes up out Of the will and out Of the heart. There are more good minds, as we say, in the world than there are good hearts. There are more clever people than good people character, — high, spotless, saintly character, — is a far rarer thing in this world than talent or even genius. Character is an infinitely better thing than either of these, and it is of corresponding rarity. And yet so true is it that the world loves its own, that all men worship talent, and even bodily strength and bodily beauty, while only one here and one there either understands or values or pursues moral character, though it is the strength and the beauty and the sweetness Of the soul. We naturally turn to Bishop Butler when we think Of moral character. Butler is an author who has drawn no characters Of his own. Butler's genius was not creative like Shakespeare's or Bunyan's. Butler had not that Splendid imagination which those two masters in character-painting possessed, but he had very great gifts of his own, and he has done us very great service by means of his gifts. Bishop Butler has helped many men in the intelli gent formation Of their character, and what higher praise could be given to any author? Butler will lie on our table all winter beside Bunyan; the bishop beside the tinker, the philosopher beside the poet, the moralist beside the evangelical minister.