The Prayers of the Bible 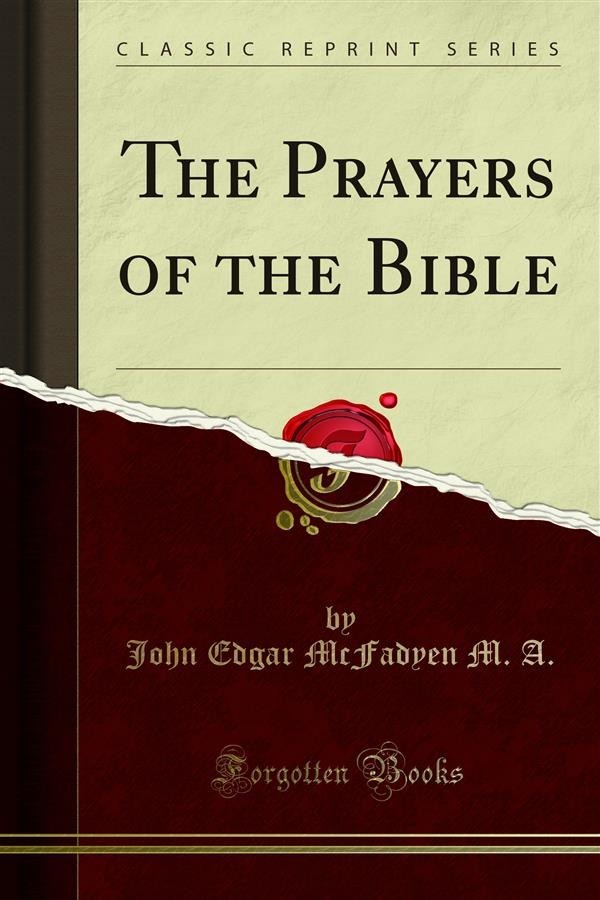 The Prayers of the Bible

The Bible is richer in prayers than is commonly sup posed, and it may be doubted whether they have gener ally received' the attention which they deserve. Their interest is two-fold, scientific and practical. On the one hand, the prayers throw light upon the religion and, on the other, as the religion of the Bible is the source and inspiration of our own, we have much to learn from its prayers. Both these interests are safe guarded in this volume. It is an attempt to under stand Biblical prayer by an examination of the prayers and allusions to prayer, and it seeks to gather up the results of this examination and to apply them to the public and private devotions of to-day. In order to facilitate the study of the prayers, I have collected and arranged them topically, and in the Old Testament chronologically as well, so far as that was possible, the first period including the prayers to the exile, the second those between the exile and the New Testament. It thus becomes as easy as it is interest ing to trace the development of prayer in the Bible. Following this collection is a selection of Biblical prayers suitable for modern use. The collection is, I believe, practically complete, except that I have purposely excluded from it the prayers of the Psalter. To have included them would have been to transcribe most of the Psalter but in the selection for modern use, I have drawn from it such prayers as are of permanent interest and value.