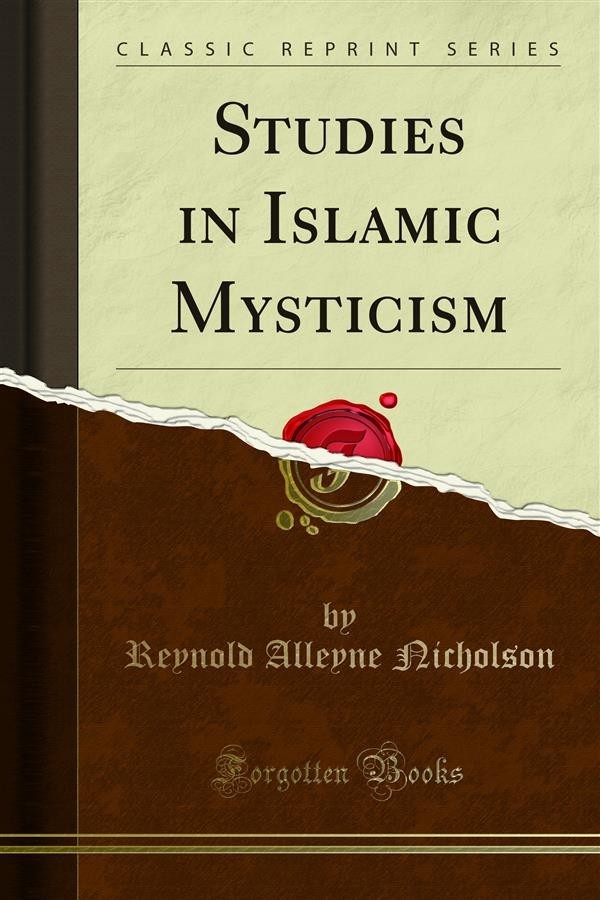 As was explained in the preface to my Studies in Islamic Poetry, the following essays conclude a series of five, which fall into two groups and are therefore published in separate volumes. While mysticism, save for a few casual references, found no place in the studieson the Luba'ba 'l-a lba'b of 'awfi and the Luzzimz'yya't of Abu 'l-'ala al-ma'arri, in these now brought together it has taken entire possession of the field. Ibnu 'l — F arid, indeed, is an exquisite poet; and the picture of Abu Sa'id ibn Abi 'l-khayr, drawn by pious faith and coloured with legendary romance, may be looked upon as a work of art in its way. But on the whole the literary interest of the present volume is subordinate to the religious and philosophical. I have tried to make the reader acquainted with three Sufis famous in the East and worthy of being known in Europe. Most of what has hitherto been Written concerning Abu Sa'id begins and ends with the quatrains passing as his, though (for the chief part, at any rate) they were neither composed nor recited by him. As to Jili, the masterly sketch in Dr Muhammad Iqbal's Development of Metaphysics in Persia stands almost alone. Ibnu 'l-farid had the misfortune to be translated by Von Hammer, and the first intelligent or intelligible version of his great Td'z'yya appeared in Italy four years ago. It will be 'seen that the subjects chosen illustrate, different aspects of Si'ifism and exhibit racial contrasts, of which perhaps the importance has not yet been sufficiently recognised. Ab1'1 Sa'id, the free-thinking free-living dervish, is a Persian through and through, while Ibnu 'l-farid in the form of his poetry as well as in the individuality of his spiritual enthusiasm displays the narrower and tenser genius of the Semite. Nearly a third of this volume is concerned with a type of Sfifism, whichas represented by Ibnu 'l Arabi and Jﬂi — possesses great interest for students of medieval thought and may even claim a certain significance 1n relation to modern philosophical and theological problems. Mysticism is such a vital element in Islam that without some understanding of its ideas and of the forms which they assume we should seek in vain to penetrate below the surface of Mohammedan religious life. The forms may be fantastic and the ideas difficult to grasp; nevertheless we shall do well to follow them, for in their company East and West often meet and feel themselves akin.