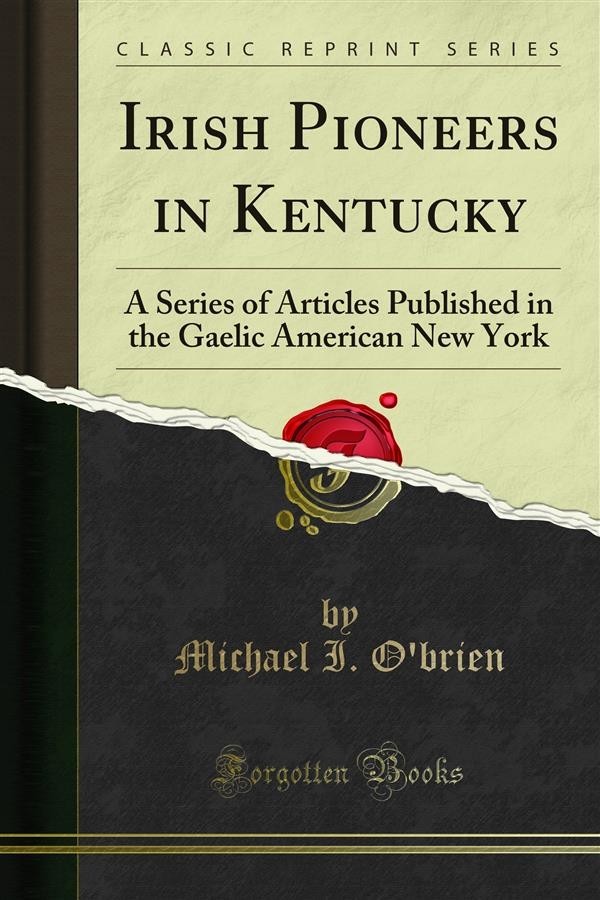 Our irish-american literary and historical associations could do no better work than turn the searchlight on the early records of Kentucky. Of all the original Thirteen Colonies, none presents a wider, more prolific or more interesting field for historical research than that portion of the Colony of Virginia, originally called Fincastle County, and which, in 1779, was formed into the State of Kentucky. It may be said that the early history of Kentucky is contemporary with that of Virginia and the Carolinas. It was from those Colonies that the pioneers of the Blue Grass State set out in search of adventure and fortune in the unknown land beyond the great ranges of the Appalachians, and although historians invariably give the credit to the renowned hunter, Daniel Boone, as having been the discoverer of Kentucky, we shall quote authorities to show that long before the valiant Boone ever saw the sky over fair Kentucky, another daring hunter from Virginia had blazed a path through that region and paved the way for the more famous explorers that succeeded him. And it is not the least bit remarkable to find that the first white man who traversed that region and made known its possibilities to a waiting world, bore an Irish name, James mcbride. In all likelihood he Was a native of Ireland.