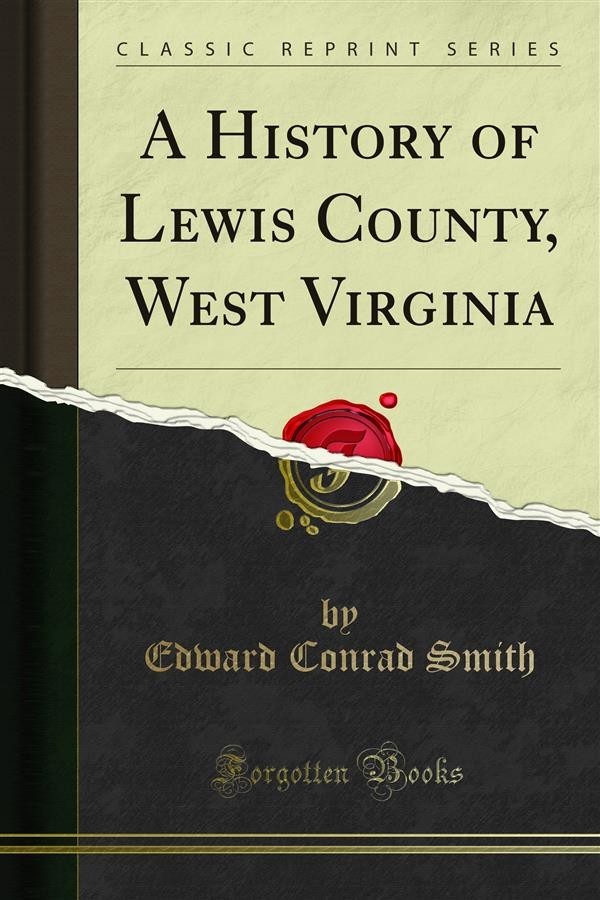 The purpose of this volume is to trace the economic, social and political life of the people of Lewis County from the time the 'first settlers came to the Hacker's creek valley to the present. Believing that the group is more important than any of its component parts, it has been my aim to deal with the development of institu tions rather than with jfamily history, to {preseht as fully as possible a record of the whole county rather than tales of illustrious pioneers and their descendants. In order to accomplish this purpose I have selected from a great mass of material those incidents which I thought would best depict the life of the county, and I have tried to arrange them in order so as to show cause and effect, advance and retardation, of development. It is hoped that this volume will fill a long felt want. It is a rather remarkable fact, in view of the importance of Lewis County and its inﬂuence on the life of Virginia and West Virginia, that a history of the county has never been published in permanent form. There have been published at various times important works relating to certain periods, and to certain matters affecting the history of the county. The first of these was Chron icles of Border Warfare, by Alexander Scott Withers, which treats Of the history of the frontier to the Treaty of Greenville, 1795. The same period has been treated lately by Lucullus Virgil mcvvhorter, in his volume en titled Border Settlers of Northwestern Virginia. Both works are extremely valuable for a study of the early history of the county. About 1884, Hardesty's Political and Geographical Survey of Lewis County was pub lished, which contains a historical sketch Of the county very hastily and carelessly written. Many writers have contributed sketches and recollections to the county papers at different times. Under the pseudonym of Ancient, John Strange Hall wrote a series of articles for the Weston Independent depict~ ing customs, personages and institutions of the 'thirties. George F. Oliver contributed to the Weston Democrat a series of articles in which the author makes a compre hensive survey of conditions in Weston and Lewis Coun ty as they were in 1844. In 1917, John R. King wrote a series of articles for the lveston Independent which throw considerable light on the manners and customs of western Virginia in the period just before the Civil war. Within the past few years, Roy B. Cook, a native of the county, has made valuable contributions to the same paper in an extended Pioneer History of Lewis County and a collection of documents, annotated, on lew1s County in the Civil War.