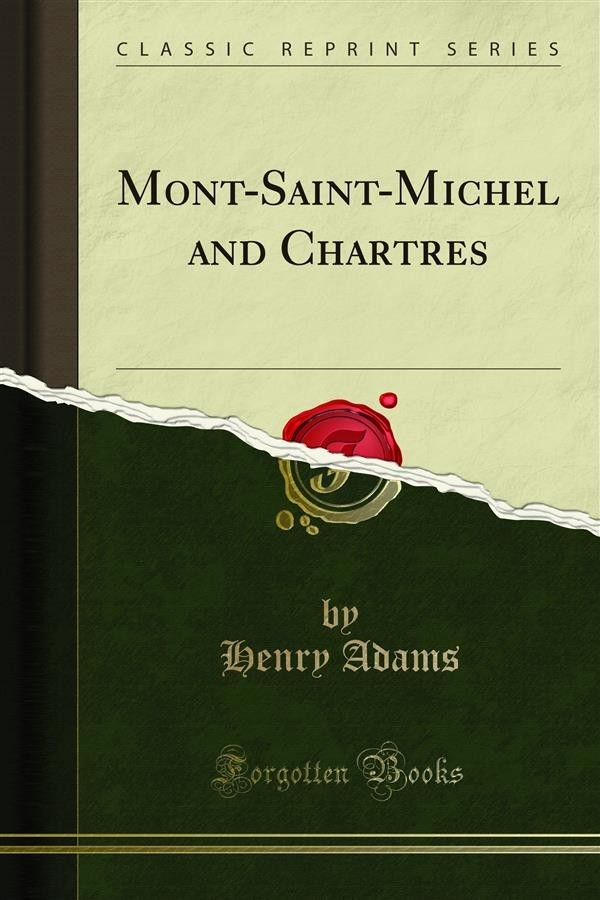 Rom the moment when, through the courtesy of my friend Barrett Wendell, I came first to know Mr. Henry Adams's book, M orzt sar'ni-mickel and Chartres, I was profoundly convinced that this privately printed, jealously guarded volume should be withdrawn from its hiding-place amongst the bibliographical treasures of col lectors and amateurs and given that wide publicity demanded alike by its intrinsic nature and the cause it could so admirably serve. To say that the book was a revelation is inadequately to express a fact; at once all the theology, philosophy, and mysticism, the poli tics, sociology, and economics, the romance, literature, ahd art of that greatest epoch of Christian civilization became fused in the alembic of an unique insight and precipitated by the dynamic force of a per sonal and distinguished style. A judgment that might well have been biased by personal inclination received the endorsement of many in two continents, more competent to pass judgment, better able to speak with authority; and so fortified, I had the honour of saying to Mr. Adams, in the autumn of 1912, that the American Institute of Architects asked the distinguished privilege of arranging for the publication of an edition for general sale, under its own imprimatur. The result is the volume now made available for public circulation. In justice to Mr. Adams, it should be said that such publication is, in his Opinion, unnecessary and uncalled-for, a conclusion in which neither the American Institute of Architects, the publishers, nor the Editor concurs. Furthermore, the form in which the book is presented is no affair of the author, who, in giving reluctant consent to publication, expressly stipulated that he should have no part or parcel in carrying out so mad a venture of faith, — as he estimated the project of giving his book to the public.