A History of Rome and Floyd County 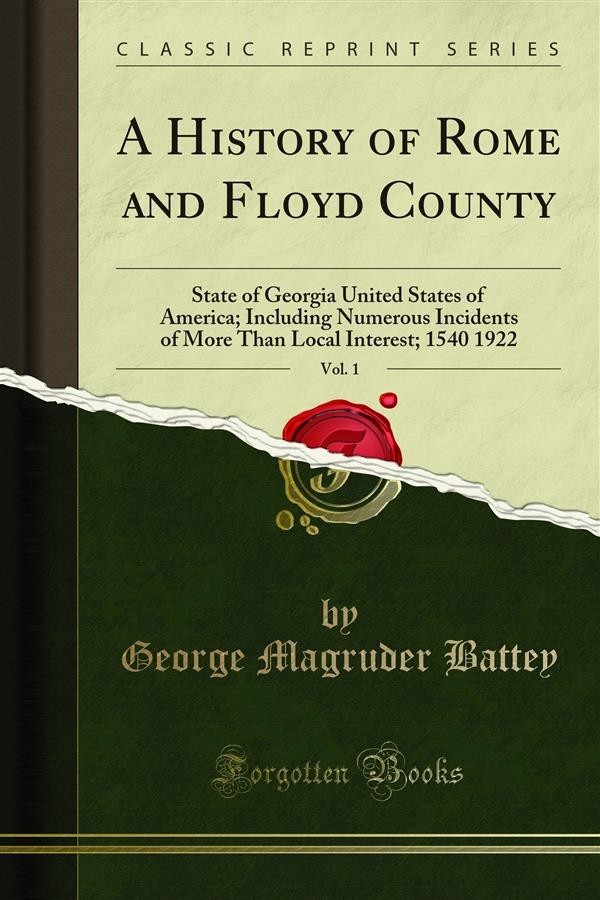 A History of Rome and Floyd County

One thousand copies of the book are included in the first binding. More than half of these have been mailed to subscribers who spoke for them in advance. Additional sheets have been printed so that other Romans may have copies who desire them. Extra copies will be bound in accordance with the demand, so that the total issue will be just what Romans, former Romans and a select company of innocent bystanders make it. The compiler hopes that many will avail themselves of the opportunity to invest, for the double reason that the book contains a wealth of material which everybody should have, and a subscription does just that much to advance the interests of the town and section. He does not urge any support in the expectation of making a profit, for he has put far more into it these two years than he can possibly get out, except in mental satisfaction. He wishes to sell the book not on personal or sentimental grounds, but on the basis of whatever value the purchaser may see in it. No doubt the edition willbe quickly exhausted, because material has been included which is expected to stimulate a heavy demand outside of Rome. Then there will be no more copies, for the number is strictly limited. The excuse for this work was found in the fact that the historians have systematically neglected the section known of old as Cherokee Georgia. The compiler went back to his birthplace Oct. 21, 1920, to supply whatever of the deficiency he could, realizing that he had had no previous historical experience, but believing that the subject was worthy of a literary masterpiece. He found a fertile field in which to labor; the legend of desoto's visit in 1540, the Indian occupation and removal, the deeds of valor in war, the constructive enterprises following the war's wake all supplied an inspiration that was irresistible. On begin ning his work, he saw the truth of the statement, The South makes plenty of history, but writes very little of it. His task, therefore, con sisted in laying a foundation as well as erecting a superstructure, and he realizes the imperfections that such conditions necessarily impose, and is fully conscious of his inability to handle the material as it deserves. He only hopes that the work may be considered from cover to cover, and thus criticized, rather than that any insignificant error of omission or commission may be allowed to obscure the whole in the estimation of the individual.