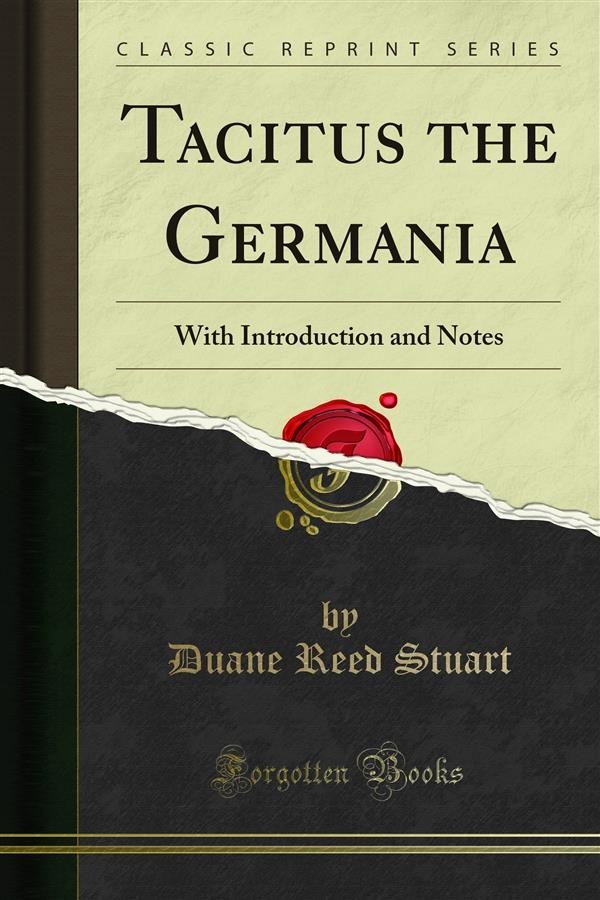 IN this country, as well as abroad, pedagogical tradition has long treated the Agricola and the Germania as coordinal elements of the Latin curriculum. This book, the prepara tion of which has been retarded by pressure of other work, is now offered as the companion of my edition of the Agricola (new York, In so far as the intrinsic differences between the two treatises permit, the plan of this edition accords with that of its predecessor. The notes, necessarily somewhat more elaborate than the commentary on the Agricola, have been written primarily with an eye to the needs and interests of the learner. In conformity with a suggestion of the editor of the series, parallel citations drawn from works that are presumably known to the young student by name only, if at all, have been translated. In general, originality has been less a desideratum than reliability; however, I have essayed to present my own summary and appraisal of the multifarious data which the last generation of criticism has yielded.