A Revolution in the Kitchen 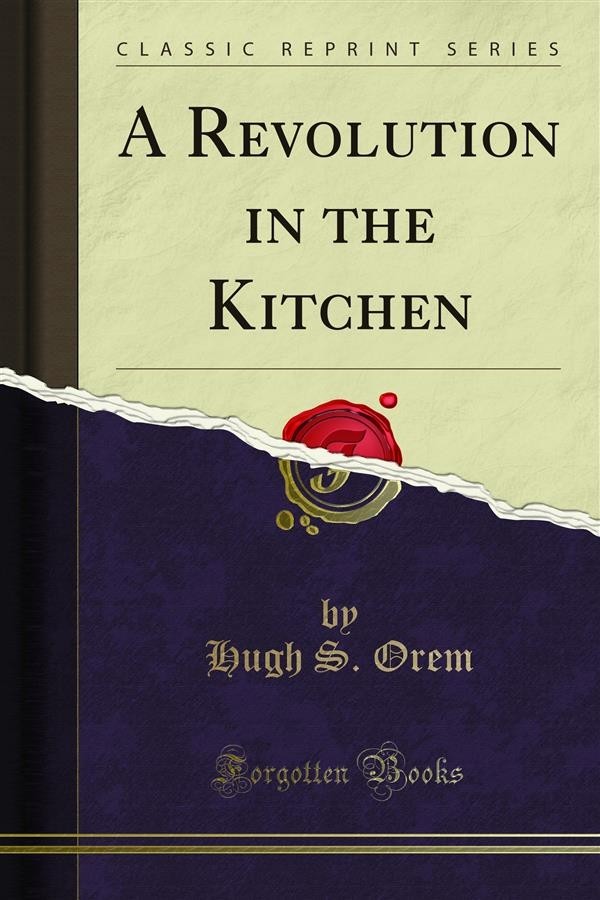 A Revolution in the Kitchen

The following address, delivered by Mr. Hugh S. Orem at Madison Square Garden, September 21, 1910, before the Associated Clubs Of Domestic Science of the United States, covers most intelligently the science Of the canning industry and presents to the reading public much new information. Its wording is in keeping with the occasion on which it was delivered. The Associated Clubs Of Domestic Science is made up Of clubs from all over the country, embracing in its membership, housewives, club women, magazine writers and experts on cooking and sanitation. This convention held a week Of daily meetings at Madi son Square Garden in the month Of September, 1910. It is well known that the members Of these Domestic Science Clubs represent the culture and brains Of the country. Their efforts have been lately directed toward helping the solution Of domestic problems in a scientific, yet thoroughly practical manner.