The Interpretation of the Music of the Xviith and Xviiith Centuries 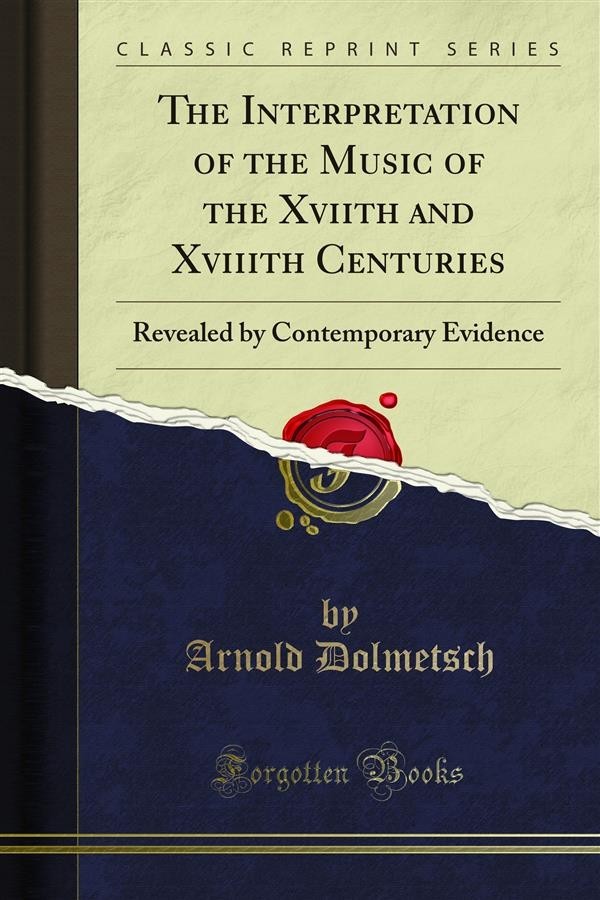 The Interpretation of the Music of the Xviith and Xviiith Centuries

There might indeed be an unquestionable tradition for a period comparatively so recent, since people are now living who could have learned to play Beethoven's music from someone who had heard the composer himself play it. Time, however, has already obscured these memories. If we go back half-a-century further, the difficulties become greater. We come to the time when what is now called Old Music was merely old-fashioned. From that time to the revival which is now in progress, the attention of musicians was so completely withdrawn from this Old Music that no tradition of it survived. The tradition now claimed by some players only goes back to the early pioneers of the present revival, who knew much less about it than we do now. Reliable information is to be found only in those books of instruction which the old musicians wrote about their own art. Happily there are many such, well filled with precepts, examples, and philosophical considerations.