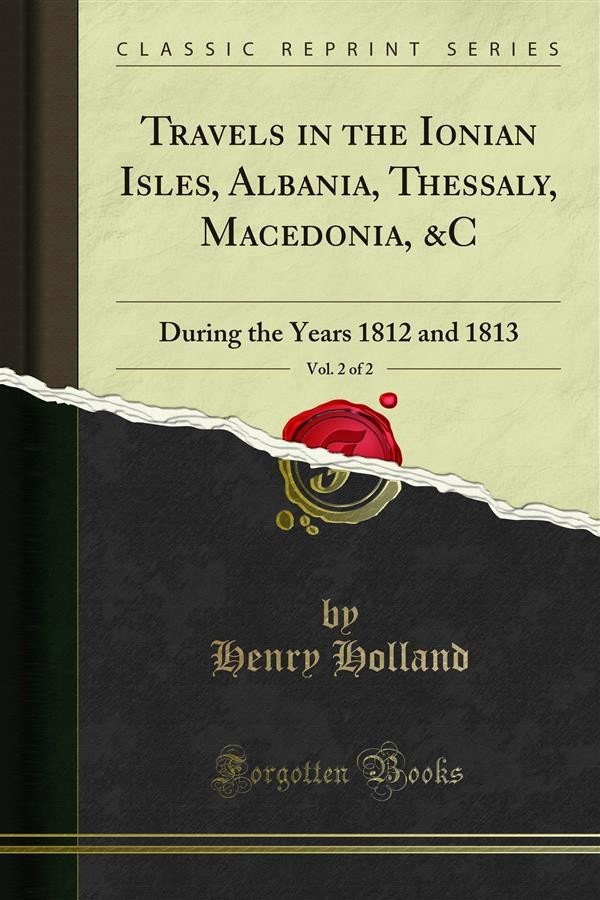 Our party, in leaving Larissa, was further in creased by a Dervish travelling to Salonica, and by another Turk who was taking the same route. The Dervish belonged, as I believe, to the class of these religieuw called the Bektashis: his dress was that most common among the Dervishes, — a long cloke made of coarse white woollen, and on his head a tall white cap, in form nearly resembling that worn by the Tartars. His beard was of te markable length: though sanctified by his chap racter, he wore pistols in his girdle while over his shoulders was suspended a long leathern case con taining the musical instrument called a mandolin, which we afterwards found to be a most important part of his travelling equipage. Though his terior had something of uncouth wildness, his manner was gay, good-humoured, and civil; he seemed to court an intercourse with us, and sought to beguile the way by the chaunting of Turkish songs, a species of music which more engaged the ear by loudness than by harmony.