The Pastor of the Pilgrims a Biography of John Robinson 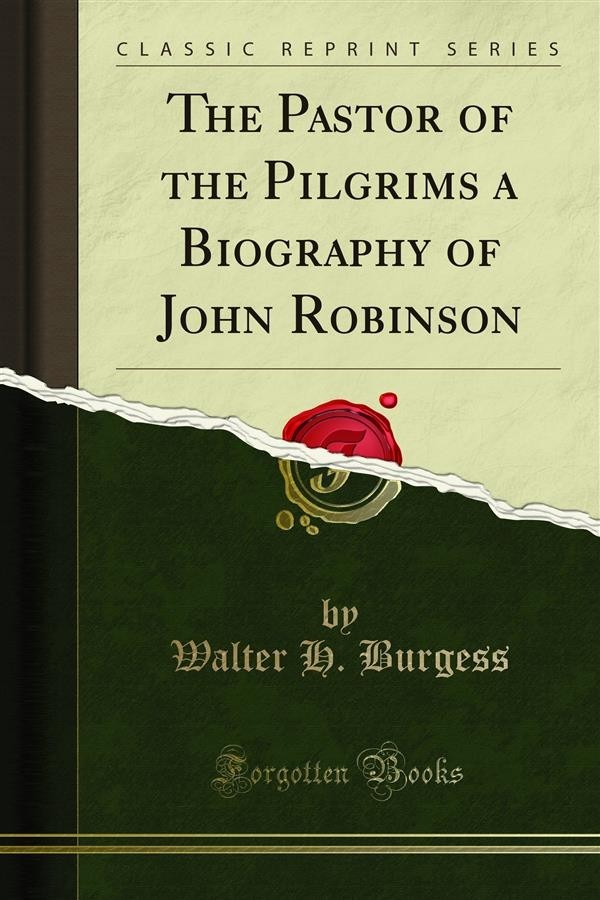 The Pastor of the Pilgrims a Biography of John Robinson

The following pages give an independent study of the work of the Pastor of the Pilgrim Fathers and those associated with him. Robinson and his com panions loved England with a passionate love, yet they were compelled to leave the land of their birth to secure freedom to worship according to the dictates of their conscience. Two sentences from Robinson's writings will explain the position: For the common wealth and kingdom, as we honour it above all the States in the world, so would we thankfully embrace the meanest corner in it, at the extremest conditions of any people in the kingdom. Again he says, For our country we do not forsake it, but are by it forsaken, and expelled by most extreme laws and violent prescriptions, contrived and executed by the prelates and on their own behalf. To say, as has recently been said, that it was their own intolerance which drove these pilgrims to Holland is a gross misinterpretation of the facts. Besides the identification of the early home and the parentage of John Robinson, these pages throw a little fresh light upon the Southworths and Carvers and others connected with the Pilgrim Father move ment. Gervase Neville is identified, and the anony mous opponent of Robinson in one of his earliest controversies is named. The history of the obscure Church in the western parts of England is unfolded, and an attempt made to settle the vexed question of the identity of John Smith. The Appendices give illustrative extracts from contemporary documents.