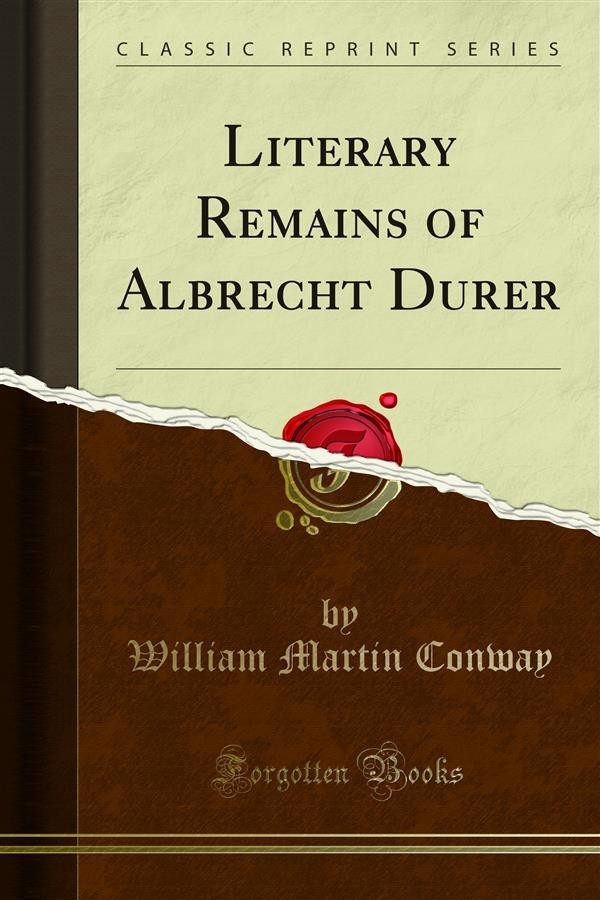 The present volume, then, is not the result of new research; nor is it an abstract resuming historical and critical discoveries on its subject up to date. Of this latter there are several already before the British public; the former, as I said, it was not for me to attempt. Nor do I feel my book to be altogether even what it was intended to be but am conscious that too much space has been given to the enumeration of Durer's principal works and the events of his life without either being made exhaustive. Still, I hope that even these parts may be found profitable by those who are not already familiar with the subjects with which they deal. To those for whom these subjects are well known, I should like to point out that Parts I. And IV. And very much of Part III. Embody my chief intention; that chapter 1 of Part I. Finds a further illustration in division iii. Of chapter 4, Part II. And that division vi., chapter 1, Part II., should be taken as prefatory to chapter I, Part IV.