The German Sectarians of Pennsylvania 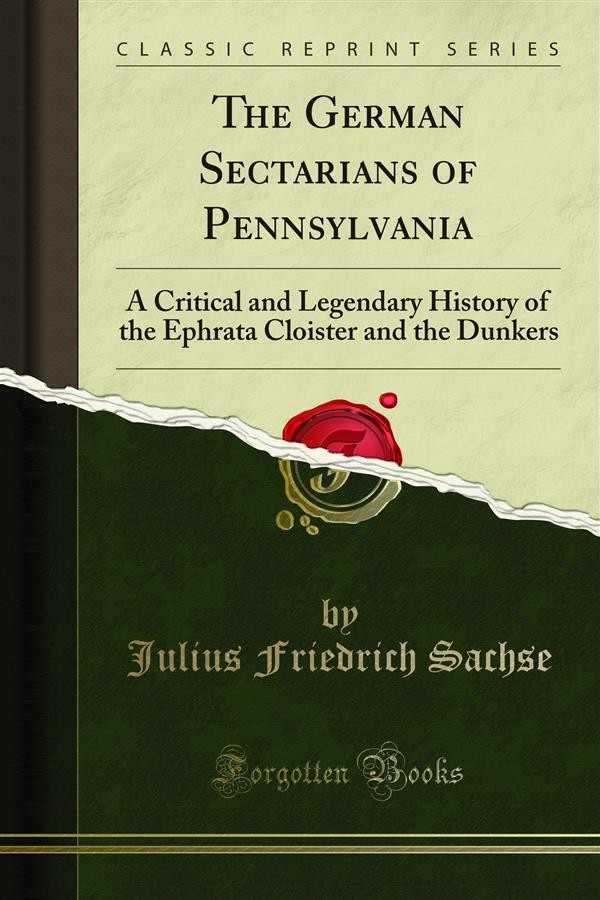 The German Sectarians of Pennsylvania

The more we look into the history and religious condi tion of the German immigrants who came to these shores in the early years of the eighteenth century, the greater becomes our admiration for the deeds they accomplished. Many were religious enthusiasts of doctrine inimical to the orthodox faiths which ﬂourished under official sanction. Persecuted at home, they left the Fatherland and came either with their families to enjoy the promised religious liberty, only to find that they were the victims of schem ing agents, and that many of the representations made to them prior to their departure had but little foundation in fact. Yet, notwithstanding these drawbacks, we find here at an early date the altars of the various faiths, orthodox and sectarian, mystic and separatist, erected side by side in the sylvan groves of Penn's colony. Though differing upon religious tenets and creeds, these Germans, almost without exception, were of the same moral and industrious class that went so far to make our Commonwealth what is it.