A Brief History of American Literature 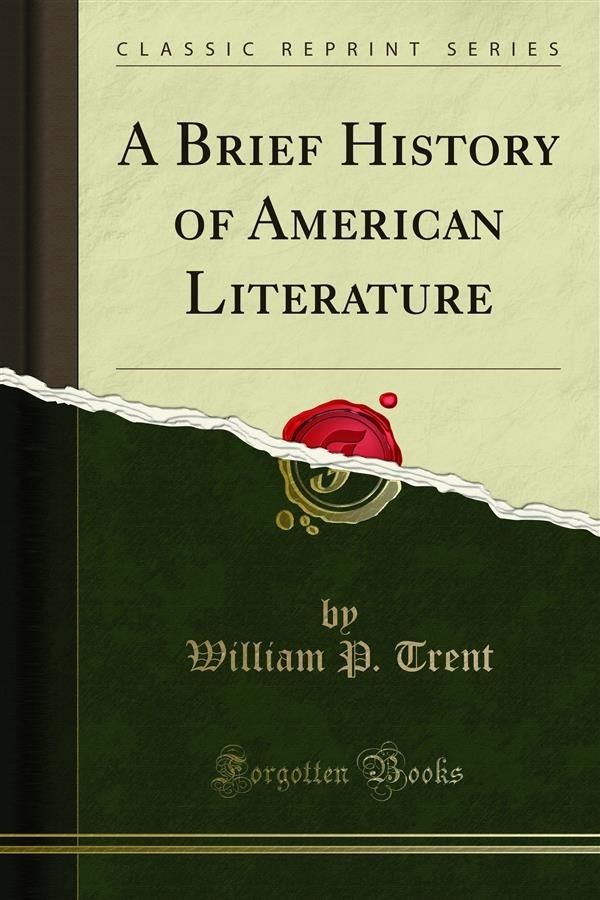 A Brief History of American Literature

IN this book, which is designed for the use of schools, I~have endeavoured to furnish a condensed account of the development of American literature, rather than a series of connected essays on leading American authors. At the same time I have tried to mention no writer or book devoid of a fair amount of significance, and I have also had it in mind to treat the more important authors on a scale sufficiently ex tended to suit the needs of the average class. I have aimed to minimize tentative criticism and to give only such details of historical setting as could not well be spared. I have con densed the bibliographical information to dimensions more or less proportionate with the resources of school libraries and have divided it into sections according to chapters. The period from 1866 to the present day has been sketched in a chapter, fuller treatment of writers, many of Whom are still living, not seeming advisable in view of the difficulty of main taining an impartial attitude toward contemporaries. An ap pendix gives important dates, which may be used in lieu of those scattered through the text. Topics for essays and class reports will be often suggested by the paragraph headings, and teachers may sometimes find it advantageous, when time per mits, to have reports made on writers and books mentioned in the Appendix but not in the text, as well as on topics treated more fully in my larger book, A History of American Lite rature, 1607 — 1865 (1903, Appleton).