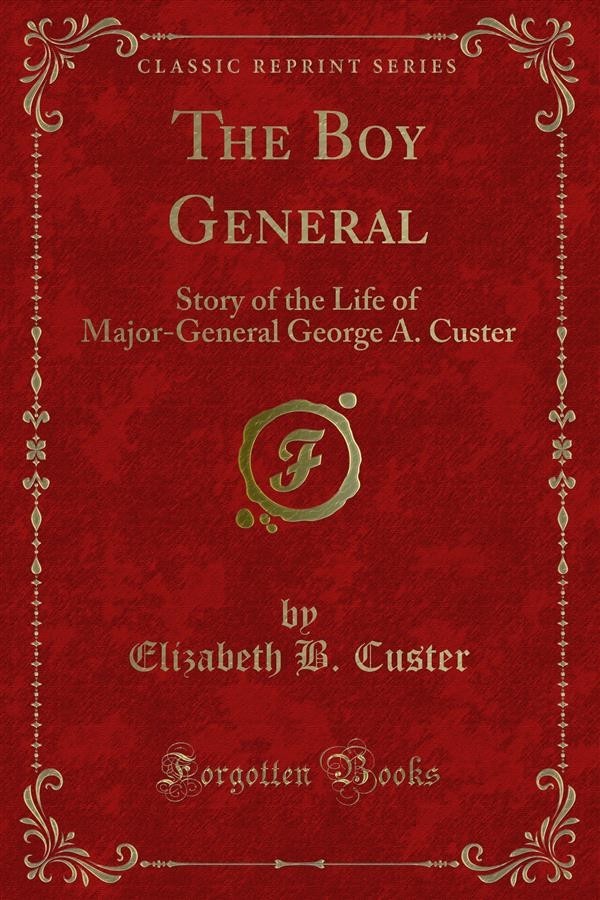 The boy general is a condensed sur vey Of the life Of major-general George Arm strong Custer, as told by his wife, Elizabeth B. Custer, in her matchless books, Tenting on the Plains, Following the Guidon, and Boots and Saddles. It summarizes General Custer's public services, from the reorganiza tion Of Texas after the Civil War and the sup pression Of the intended Mexican Invasion, to the pioneer work Of himself and his brave sol diers in opening up the Northwest. Sympathize as we may with the unfortunate Indian, we can but acknowledge that there is no longer any room on earth for uncivilized conditions to exist. Humanity is in the proc ess Of evolution toward a brotherhood that must be universal. The Earth is the Lord's. It is not the Indian's. It is not the White Man's. It must Open up for the good Of all men, each individual to use it for his highest development. In her descriptions Of the joys and sorrows, the glory and the grief, the courage and the sacrifices Of the daring troopers Of the Plains, Mrs. Custer has well served the purposes Of graver history, for her facts are indisputable and at first hand. She furnishes the original colors with which the future artist may paint, the action which the poet and novelist weave into song and romance. Her pages are crowd ed with pictures Oi a type Of life almost extinct. Washington Irving in his Indian stories drew On records Of a dead past. Mrs. Custer has drawn on living records Of an intense present.