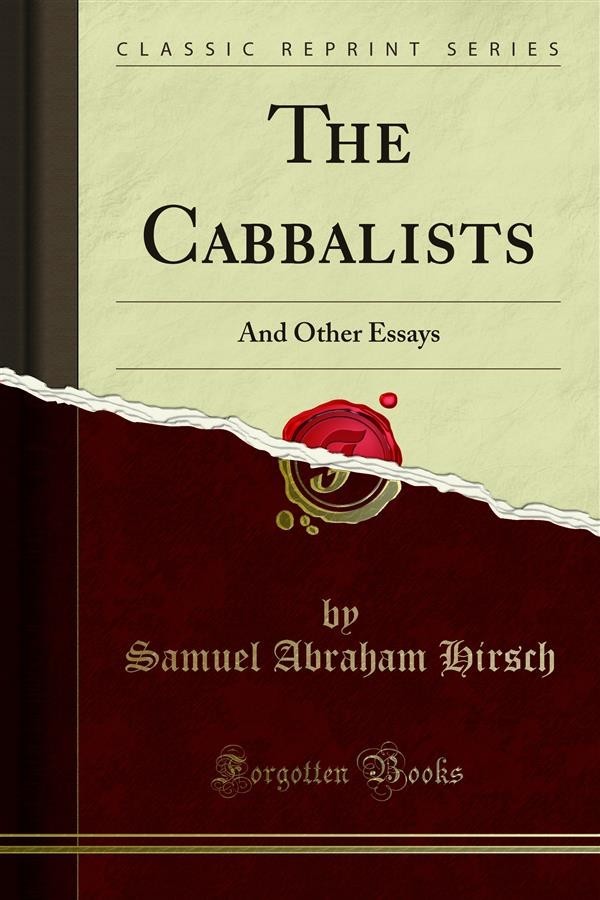 The essays in the present volume were composed at various times, mostly as lectures. It is difficult for me to say when they originated, as they are the results of life-long pondering on topics which obtruded them selves On my mind, in the same way as they have exercised the minds of many other reasoning men and I reproduce here the views to which an anxious and careful reﬂection has led me. The first essay — Ou the Cabbalists — is the only one of the series that has seen the light before. It appeared, under the title Of Jewish Mystics — an Appreciation, in 1907, in the October number of the Jewish Quarterly Review. The Prolegomena to a Philosophy of the jewish Religion are not exhaustive even as prolegomena. Many more questions besides those propounded would require close treatment. For instance, the great subject of Ethnical Psychology, which has such a far-reaching bear ing upon the philosophy of the jewish Religion, is here no more than just hinted at.