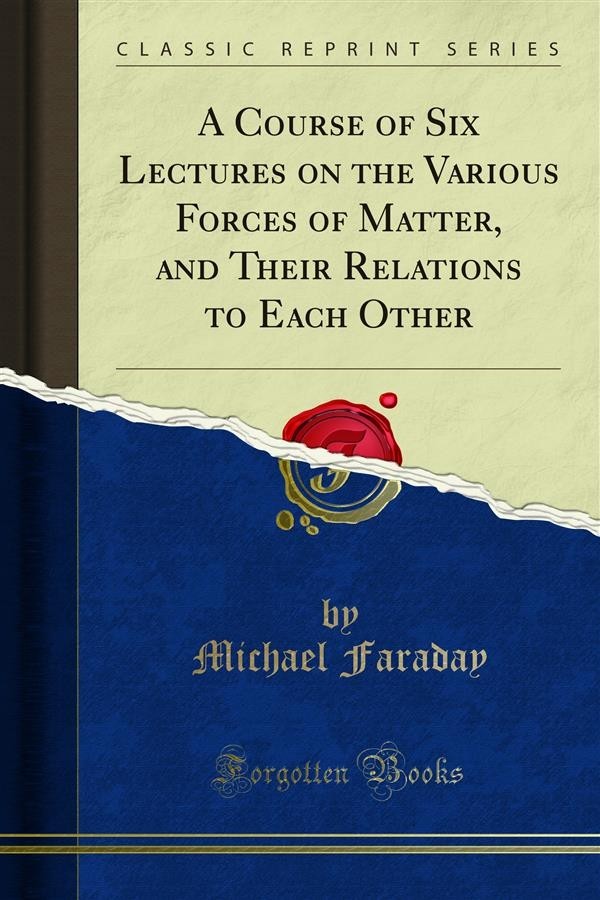 Which was first, Matter or Force? If we think on this question we shall find that we are unable to conceive of matter without force, or force without matter. When God created the elements of which the earth is composed, He created certain wondrous forces, which are set free, and become evident when matter acts on matter. All these forces, with many differences, have much in common, and if one is set free it will immediately endeavour to free its com panions. Thus heat will enable us to eliminate light, electricity, magnetism, and chemical p action; chemical action will educe light, elec tricity, and heat; in this way we find that all the forces in nature tend to form mutually dependent systems, and as the motion of one star affects another, so force in action liberates and renders evident forces previously tranquil.