The Trial of Jesus 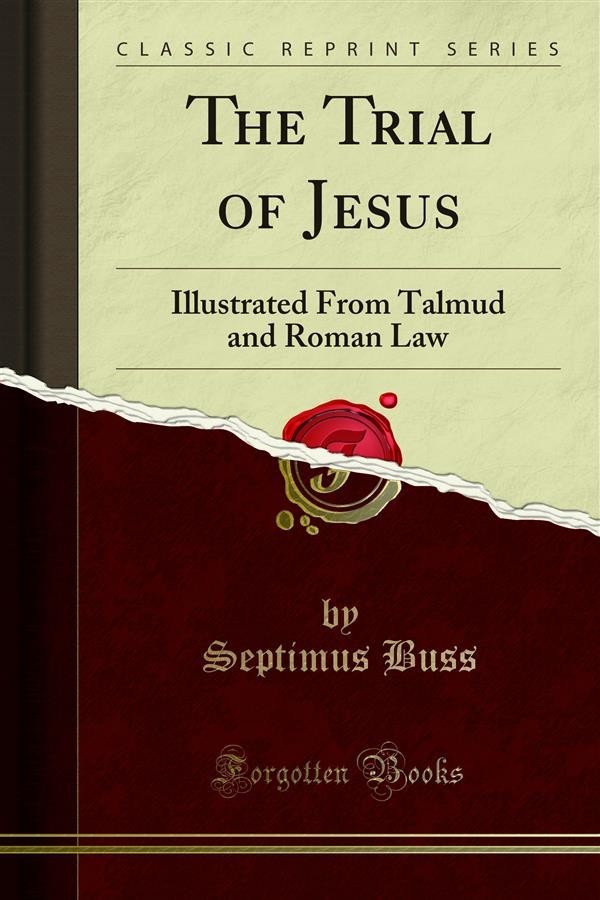 The Trial of Jesus

Pilate therefore went out unto them, and saith, What accusation bring ye against this man? They answered and said unto him, If this man were not an evil-doer, we should not have delivered Him up unto thee. Pilate therefore said unto them, Take Him yourselves, and judge Him according to your law. The Jews said unto him, It is not lawful for us to put any man to death: that the word of Jesus might be fulfilled, which He spake, signifying by what manner of death He should die<br><br>Accusatio, St. Luke xxiii. 2.<br><br>And they began to accuse Him, saying, We found this Man perverting our nation, and forbidding to give tribute to Caesar, and saying that He Himself is Christ a king.<br><br>Interrogation St. Matt, xxvii. 13, 14.<br><br>Then saith Pilate unto Him, Hearest Thou not how many things they witness against Thee? And He gave him no answer, not even to one word: insomuch that the governor marvelled greatly.<br><br>St. John xviii. 33-35.<br><br>Pilate therefore entered again into the palace, and called Jesus, and said unto Him, Art Thou the King of the Jews? Jesus answered, Sayest thou this of thyself, or did others tell it thee concerning Me? Pilate answered, Am I a Jew? Thine own nation and the chief priests delivered Thee unto me; what hast Thou done?<br><br>Excusatio. St. John xviii. 36-38.<br><br>Jesus answered, My kingdom is not of this world; if My kingdom were of this world, then would My servants fight, that I should not be delivered to the Jews: but now is My kingdom not from hence. Pilate therefore said unto Him, Art Thou a King then? Jesus answered, Thou sayest that I am a King.