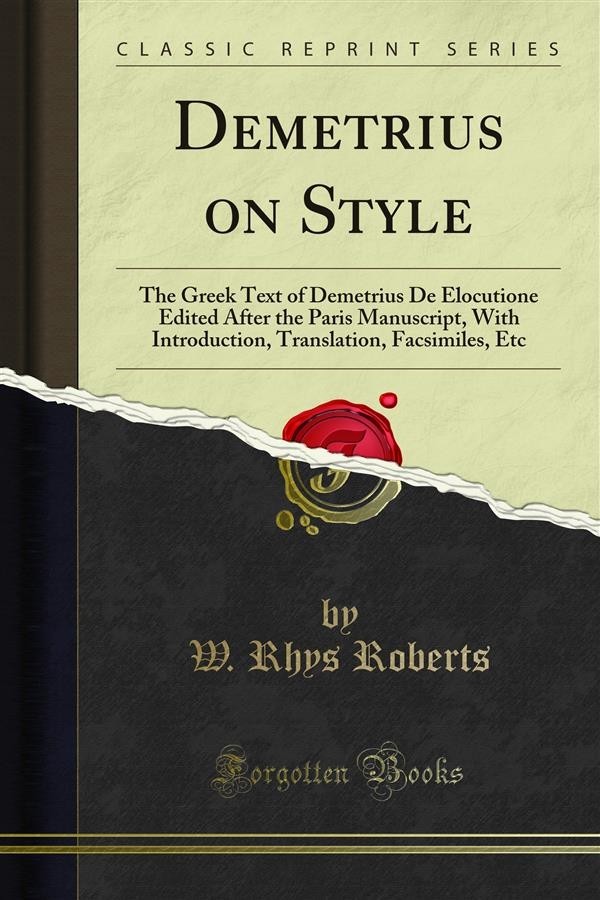 Much of the teaching of Isocrates and his predecessors is supposed to be embodied in the treatise on rhetoric (17061711102 66701, not 7617701311115, is the term used by the author himself) known as the Rhetorica ad Alexandrum, commonly (though the evidence is not absolutely conclusive) attributed to the rhetor Anaximenes, who was a contemporary of Alexander the Great and accompanied him on his campaigns. The work is purely utilitarian in aim, and is composed in that sophistic spirit which moved the indignation of Plato and Aristotle. As a practical manual for the use of the advocate it stands high, while in its lack of philosophic breadth and scientific method it is as far as possible removed from the Rfiez'orz'c of Aristotle. The bulk'of the treatise is, naturally, occupied with a consideration of the proofs, presumptions, and fallacies by the aid of which a cause may be won. But it is rather strange that so practical a work does not seem to recognise a separate department of style. The contents of the chapters (cc. 24 — 28) devoted to 61101711660, or the art of expression, are at once miscellaneous and meagre. They deal cursorily with such topics as two-membered periods, per spicuity, the article and connective particles, hiatus and ambiguous words, and the figures 0117506019, 170p1'000019, rape/1060019 (viz. Parallelism in sense, structure, sound).