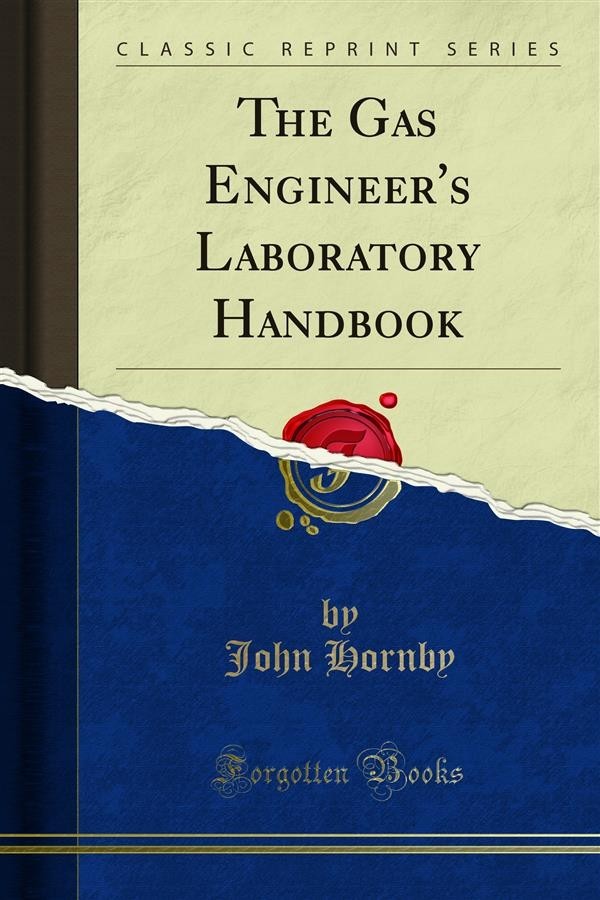 The object of this volume, as its title implies, is to describe the various analytical operations which are required in Gas works. In order to make it useful to those who may not have the Opportunity of access to other works on analysis, the general operations incidental to the carrying out of analytical operations are described in detail, and further, as a means of assisting those who are dependent on self study, the methods of analysing certain substances obtainable in a perfectly pure state, and consequently having an established composition, are minutely described; these examples are chosen, as being typical of the more commonly occurring analyses required in Gasworks, as they involve the same methods of manipulation. By comparing the results obtained in the analysis of these simple substances with the figures demanded by theory, the operator can satisfy himself as to his competency to perform the same operations when they occur in the estimations required in his daily work. For example, the analysis of barium chloride serves as a type of the methods of manipulation necessary in the determination of sulphur in coal, coke, and gas, and in ascertaining the accuracy of the solutions employed in the Referees' Ammonia Test, &0. The estimation of calcium serves as a type of the analysis of lime; and so on.