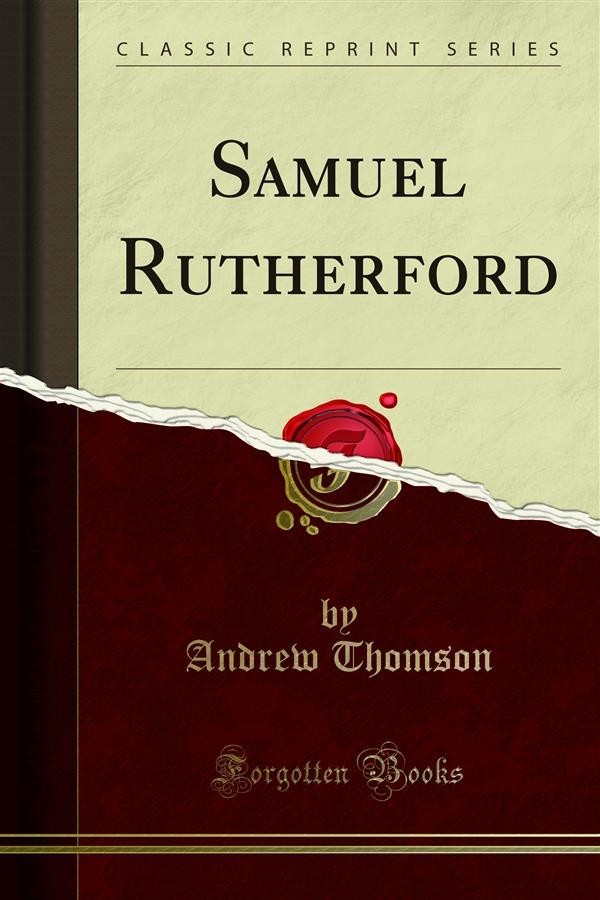 Some time in the year 1600, Samuel Rutherford was born in the parish of Nisbet, afterwards annexed to Crailing, in the district. Of Teviotdale, and county pf Rox burgh, about four miles from the beautiful border town of Jedburgh/ He long after wroteuof. It as 'f theplace to which he owed his first breathing, and declared it to be his soul's desire that it might blossom as the rose. /his father appears to have been ahresp'eptable farmer in moderate circumstances, able to gnae tg,§amuel and two other sons such an education as theljttle, district capital afforded. The school-house was in a parthof the old abbey of jedburgh, which onithis account was known as' thelatiner's In the.saiiie school the eminent Sir David Brewster got. The rudiments, Of his education two centuries afterwards.