The System of Nature 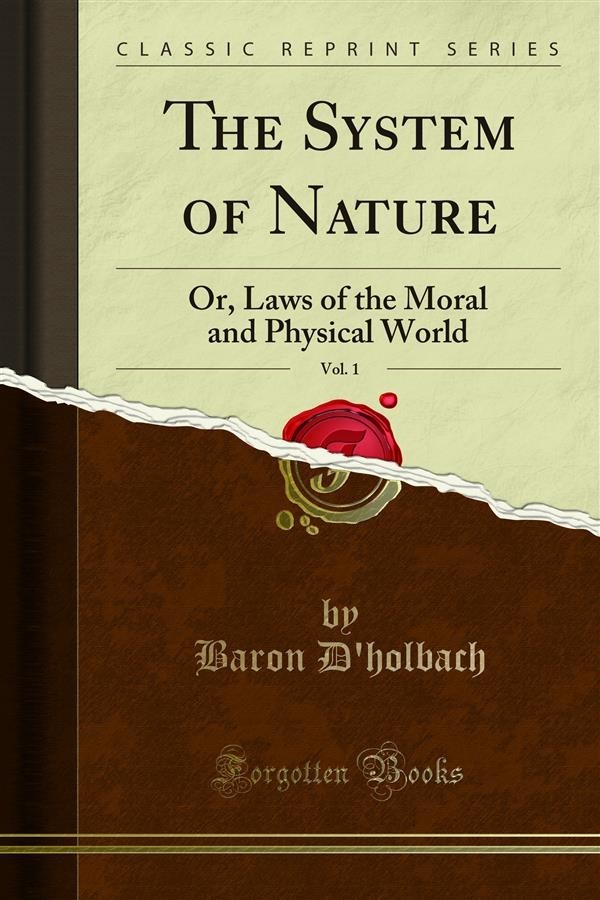 The System of Nature

Let us then endeavour to disperse those clouds of ignorance, those mists of darkness which impede man on his journey, which obscure his progress, which prevent his marching through life with a firm, with a steady step. Let us try to inspire him with courage — with respect for his reason — with an inextinguishable love for truth-to the end that he may learn to know himself — to know his legitimate rights-that he may learn to consult his experience, and no longer be the dupe of an imagination led astray by authority that he may renounce the prejudices of his childhood — that he may learn to found_his morals on his nature, on his wants, on the real advantage of society — that he may dare to love himself — that he may learn to pursue his true happiness by promoting that of others-fin short, that he may no longer occupy himself with reveries either use less or dangerous — that he may become a virtuous, a rational being, in which case he cannot fail to, become happy. If he must have his chimeras, let him at least learn to permit others to form theirs after their own fashion since nothing can be more im material than the manner of men's thinking on subjects not accessible to reason, provided those thoughts be not suffered to imbody them selves into actions injurious to others above all; let him be fully per sueded that it is of the utmost importance to the inhabitants of this world to be just, kind, and peaceable. Far from injuring the cause of virtue, an impartial examination of the principles of this work will Show that its Object is to restore truth to its proper temple, to build up an altar whose foundations shall be consolidated by morality, reason, and justice from this sacred fane, virtue guarded by truth, clothed with experience, Shall shed forth her radiance on delighted mortals; whose homage ﬂowin consecutively Shall open to the world a new era, by rendering genera the belief that happiness, the true end of man's existence, can never be attained but BY promoting that OF his fellow creature.