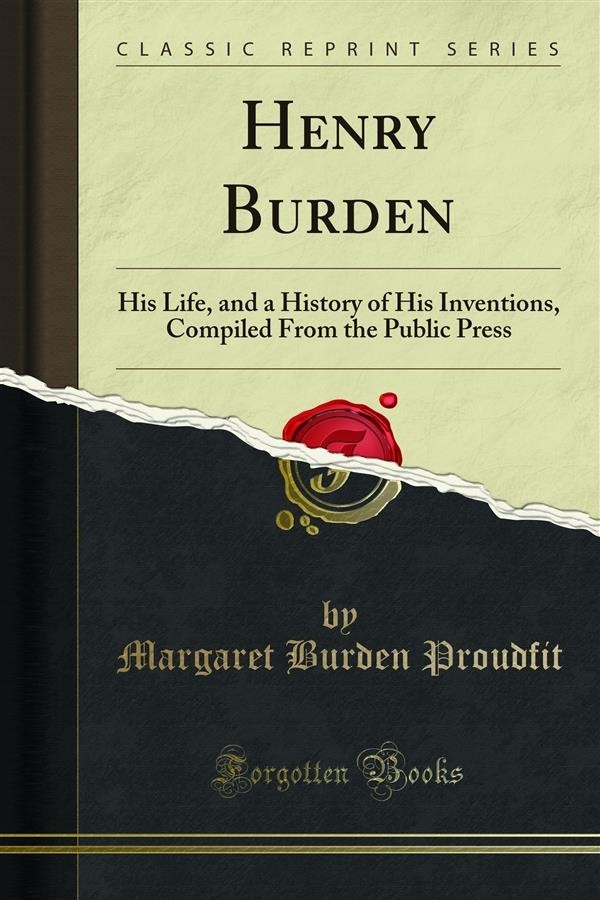 In 1825 Mr. Burden received his first patent for making wrought nails and spikes, and in 1834 another patent for an improved machine for the purpose was issued to him. In the same year he took a patent for a furnace for heating bar-iron, and another for an improvement in the construction of steam boats. In the following year he obtained his first patent in the manufacture of horseshoes, the fame of which and subsequent improvements upon machinery for this manufacture, patented in 1843, 1857, and 1862, has become world-wide. The improved machines make shoes per hour, and may be regarded as one of the greatest triumphs in mechanics.