The Life and Works of John Singleton Copley 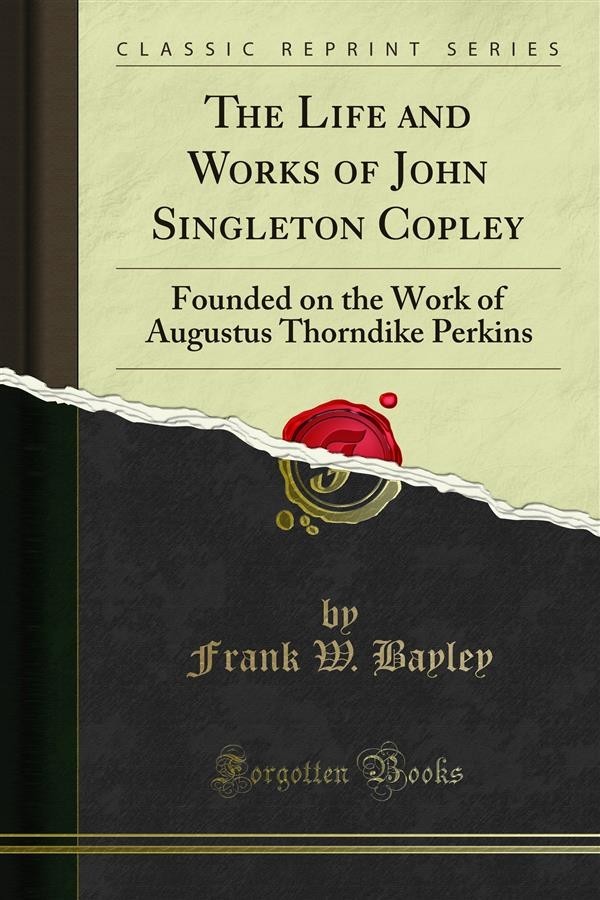 The Life and Works of John Singleton Copley

John Singleton Copley was the son of Richard Copley of County Limerick, Ireland, and Mary Singleton of County Clare, Ireland, descending from the Lancashire family of that name. Richard and his wife arrived in Boston in 1736 and the future artist was born July 3, 1737, the father dying on a trip to the West Indies soon after John was born. There is no evidence that Copley received any other education than that afforded by the primitive schools of the time supplemented by the family tuition. In 1748, according to the records of Trinity Church, Boston, Mrs. Copley was married to Peter Pelham who was, considering the period, a man of fair educa tion, a passable painter, a good engraver, besides being a surveyor and mathematician. As young Copley was but eleven years old at the time of his mother's marriage to Pelham it is fair to assume that Pelham taught his stepson the rudiments of his art. An engraving of William Welsteed, dated 1753, by Copley indicates that he studied with his stepfather. At the time of his marriage to Mrs. Copley, Peter Pelham was a widower with three sons, Peter, Charles and William. By the second Wife he had Henry.