The Autobiography of Sir John Bramston, of Skreens, in the Hundred of Chelmsford 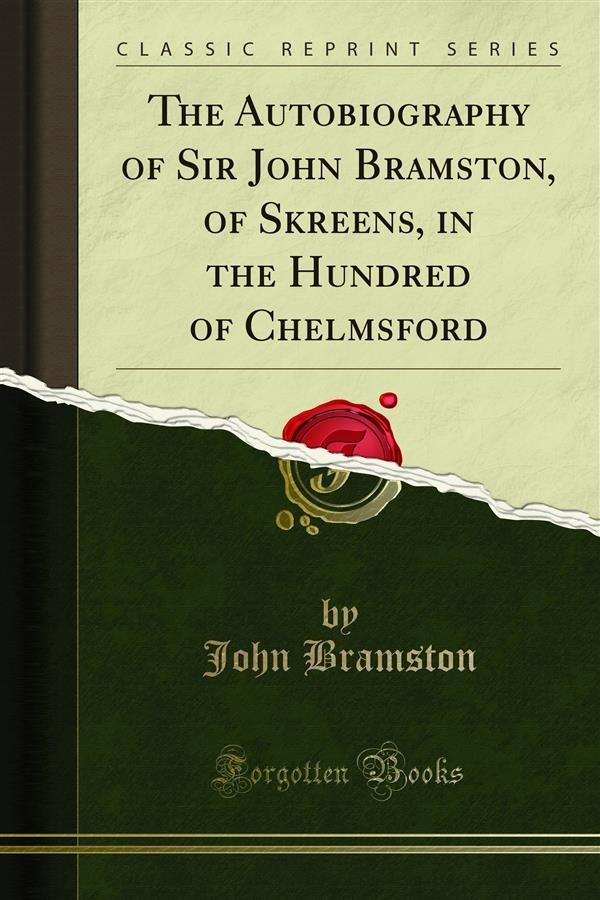 The Autobiography of Sir John Bramston, of Skreens, in the Hundred of Chelmsford

Sir John Bramston's patent Of judgeship was cancelled October 2d, 1642, on account of his inability to attend the King at York without incurring the risk of displeasing the House of Lords, who had refused him permission to go, and bound him over to appear before them when re quired, under a heavy penalty. From this time he retired into private life, and, having more than once refused to accept judicial Office from Cromwell, who was extremely anxious to obtain his services, he preserved till his death, which took place on September 22d, 1654, an unblemished reputation as an able lawyer and an honest man, and is spoken of in the highest terms by many Of the historians of the times in which he ﬂourished, although he had made himself enemies by too strenuously upholding the prero gative of the Crown. The Chief Justice survived both his wives, the first of whom, Bridget Moundeford, brought him a numerous progeny.