Letter to the Hon. Samuel An; Eliot 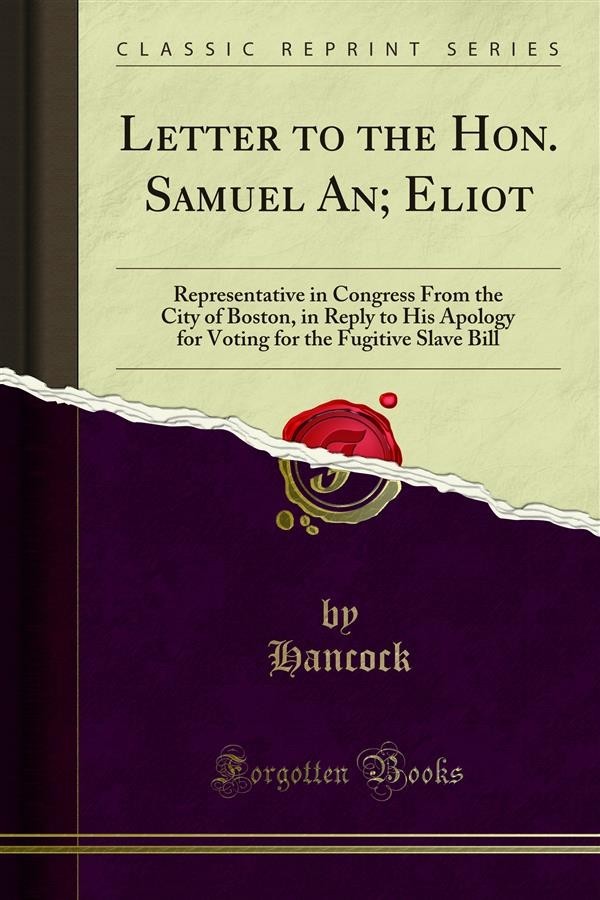 Letter to the Hon. Samuel An; Eliot

Slavery had been abolished in some of the States, and still existed in others. Here seemed an insurmountable incompati bility of interests, and nothing perplexed the wise men of that day — and they were very wise men — so much as this topic. At last they agreed that the new Constitution should have nothing to do with it; that the word slavery should not be mentioned in it, and that it should be left to the States themselves to establish, retain, or abolish it, just as much after the adoption of the constitution as be fore. But in order to secure the existence of the institution to those States who preferred it, it was agreed that the persons escap ing from labor to which they were bound, in one commonwealth, and found in another, should be returned to the State fro'm'which they had ﬂed. The provision was necessary for the preservation of this interest in statu quo. It did not extend slavery. It kept it where it already was, and where it could not have continued if every slave who escaped North was at once free and irreclaimable. The members of the confederacy from the South saw this distinctly, and deliberately declared that they could not and would not enter a union with States who would tempt away their slaves with the prospect of immediate and permanent freedom. The Con stitution was adopted with this provision, and it could not have been adopted without it.