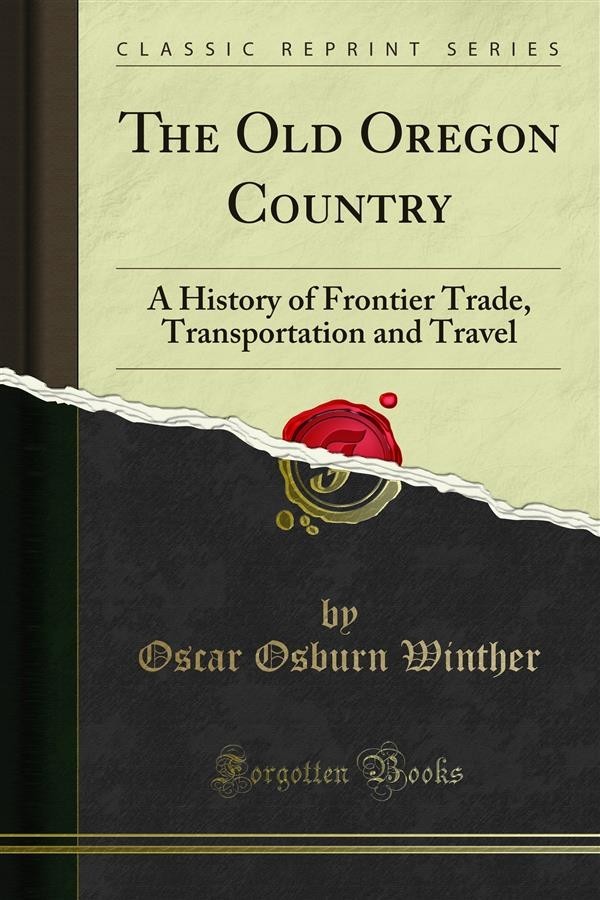 Today the Pacific Northwest possesses a distinctive character as one of several sections of our nation. This region's geography, people, and economy have an individuality which blends with and yet stands apart from the rest of the United States. Like other sections, the Pacific North west cannot escape its past. Long known as the Oregon country, it was once thought of as one of the most remote and inaccessible frontier areas in the Western world. The region first unfolded its secrets to explorers and fur traders in whose footsteps came in quick succession missionaries, adventurers, pioneer farmers, miners, and businessmen. To all these the Oregon country presented a serious logistic problem. High, rugged mountains, inland waters, deserts, forests, ocean, snow, ice, rain, mud, heat, and magnificent distances thwarted the normal growth of commu mity life and contact with the outside world. The battle to overcome these imposing physical obstacles in order to exploit the rich natural re sources of the Oregon country and to establish orderly methods of com merce and travel comprise the major themes of this book. It is a saga of man against Nature; it is a story of adventure, indomitable courage, eu durance, and brilliant business ingenuity and enterprise. This book is in part the history of men and events that have given vigor, confidence, buoyancy, and a proud consciousness of the past to people who today make up Canadian and American civilization in British Columbia, Ore gon, Washington, Idaho, western Montana, and, to be precise, a bit Of western Wyoming.