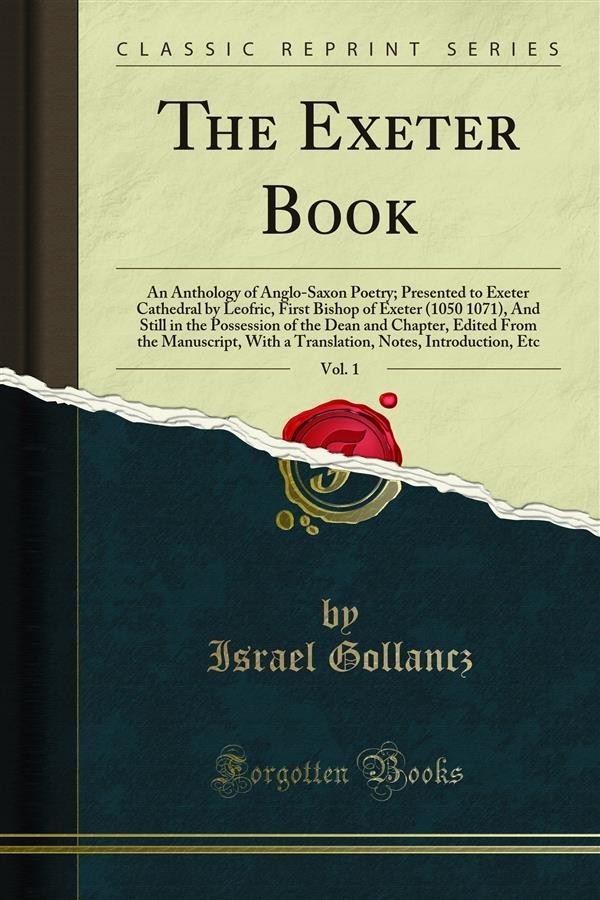 IT is proposed to issue the present edition of the Exeter Book in three parts. Part II, completing the text will, in all probability, be ready for publication by January, 1894. Part III, containing notes, introductions, indexes, will follow in due course; The Manumissions, Charters, and other Documents prefixed to the ms. Will form a supplementary moo/ewe. The entire work will, it is hoped, be completed by the end of 1895. In accordance with the Society's present practice the accompanying instalment is published in advance. All the longer poems of the Codex will be found therein; in bulk it represents aboutthree-fifths of the whole. The Editor begs leave to point out that the notes at the bottom of the page are strictly limited to variations from the MS which has been scrupulously followed. Italic letters, when not otherwise commented on, represent the customary anglo-saxon contractions; the small clarendon type, used occasionally after steps, indicates that in the original the size of the respective letters is intermediate between ordinary small and capital letters. No attempt has been made to normalize the spelling of the text, and in matters of interpretation the reading of the ms. Has been preferred to plausible emendations. It is surprising to find how often the ms. Is correct. Difficult and doubtful passages will be duly discussed in the fuller 'notes and Illustrations,' (part III); meanwhile, the translation may perhaps serve as a fairly adequate commentary to the text.