An Abridged Translation of the History of Tabaristán 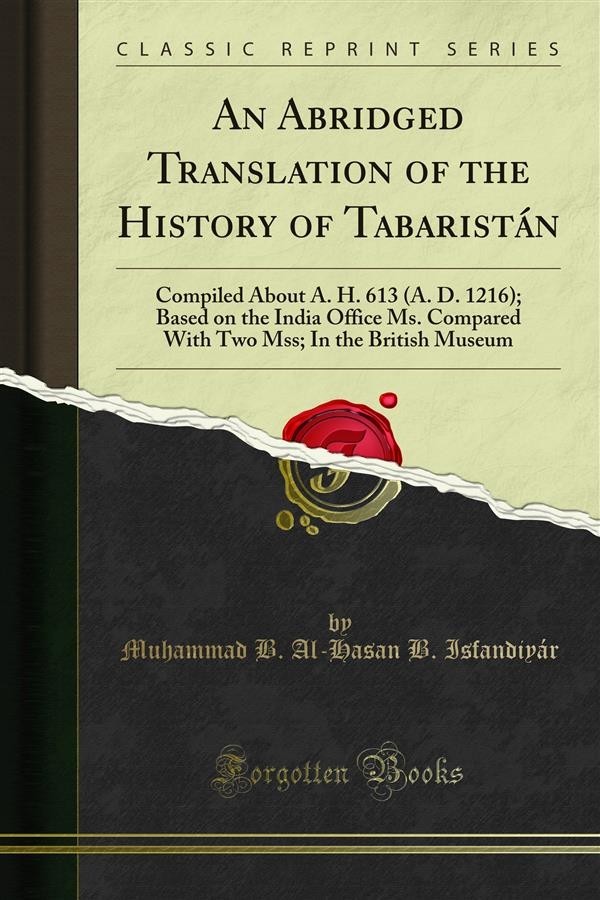 An Abridged Translation of the History of Tabaristán

The best translation, however, cannot take the place of a good text, and the publication of a complete and carefully collated text can alone be regarded as a final and definitive piece of work; since even if the translator could be certain that he had in every. Case fully apprehended the author's meaning, this assurance could not be shared by others to whom the original was inaccessible. This objection applies with still greater force to an abridged or condensed trans lation like the present, since the process of condensation is sure to be unevenly applied, according to the personal bias and proclivities of the translator. To me, for instance, all that throws fresh light on the literary history or intimate life of Persia is of extreme value; while the wars of rival princes and governors, when arlsmg, so far as can bejudged, from mere personal ambition, and not from conﬂicting ideals of nationality or religion, are comparatively unimportant, because unconnected with any essential antithesis. All that concerns Mazyar, for example, is to me of supreme interest, because he stands for the old Persian national and religious ideal; while the internecinoe struggles which mark the decline of the Seljli'q power, and in which I can discern no under lying principle, appear merely as wearisome enumerations of irrelevant details. Yet to another, who regarded Persian history from a different point of view, the military or the political, for instance, the very matters over which I have passed so lightly might seem all-important.