Letters to a Sceptic 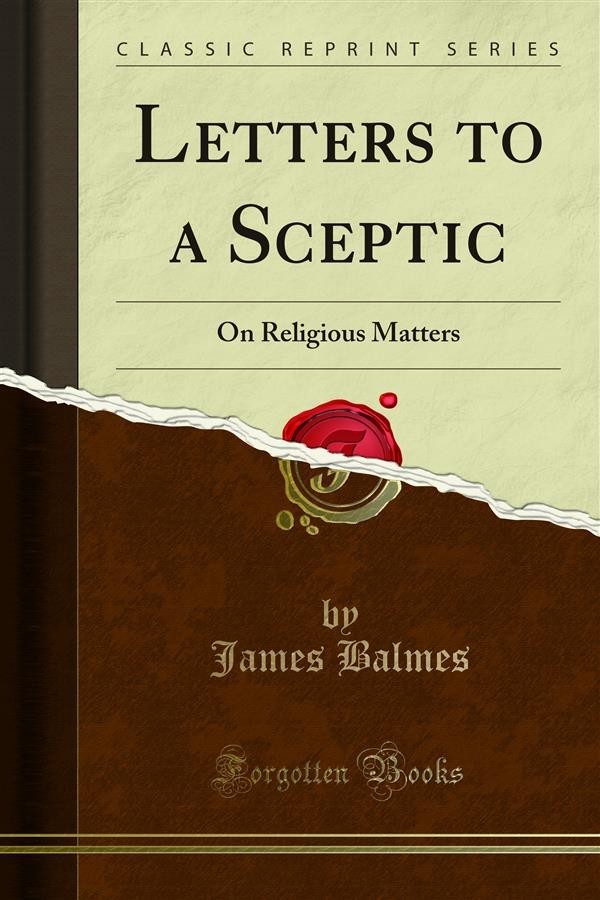 Letters to a Sceptic

Considered under this aspect, perhaps this is one of the best books which have issued from his prolific pen, for it has a merit very likely unknown to Balmes him self, as he did not aim at it — the merit of originality, and of standing alone in its class. From the dialogues of Plato, and Marcus Tullius, to those of F énélon, many treatises on various subjects have appeared in the same form; but their personages were creatures ofthe imagina tion, whom the author made say what he pleased. The sceptical opponent of Balmes, on the contrary, is a real man, and the struggle between them, a real struggle. From Cicero to Madame de Sevigne, familiar letters have been written, which might serve as models of this class of composition but no one up to Balmes' time had written a series of letters to a sceptic in religious matters.