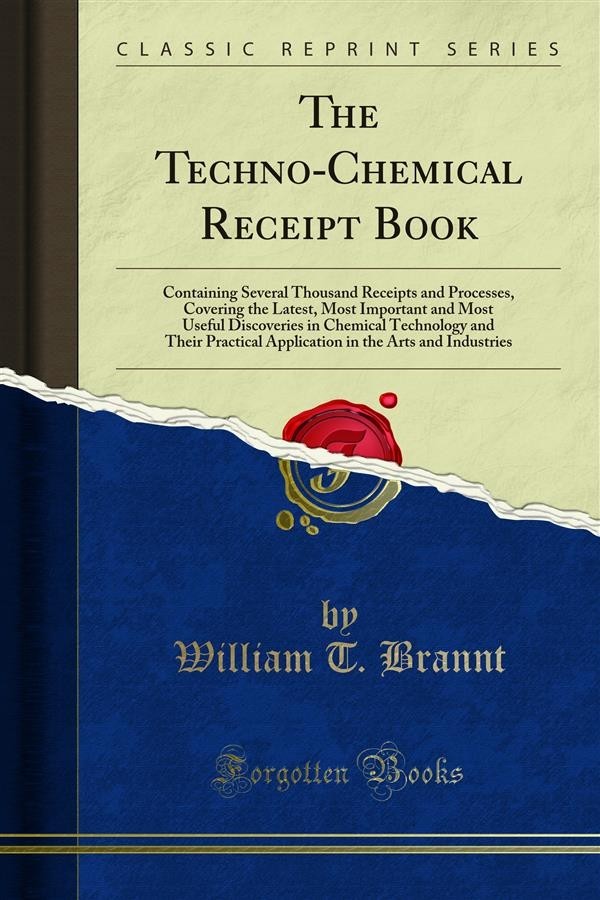 In the laborious task of translation and compilation only the best and latest authorities have been resorted to, and innumerable volumes and journals consulted, and wherever different processes of apparently equal value for attaining the same end have been found, more than one has been introduced. Every care has been taken to select the best receipts Of each kind, and we are confident that there are few persons, no matter in what business or trade they may be engaged, who will not here find Something of use and benefit to them. In regard to the use of the receipts, the Observance Of the following rules is recommended: 1. Be careful to use the exact proportions pre scribed. 2. Always experiment first with small quantities. 3. Should the first attempt prove unsuccessful, do not condemn the receipt, but make another trial, as the fault can generally be traced to a mistake in the manipulation or an error in the quantities. The alphabetical arrangement adopted and a very copious table. Of contents, as well as index, will render reference to any subject or special receipt prompt and easy. In order to keep up with modern scientific progress, the matter in previous editions has been read and revised and the scope of the work augmented by the addition of numerous miscellaneous receipts. It is believed that the enlarged 1919 Edition contains more really useful matter than any other publication of the character.