An Introduction to Biophysics 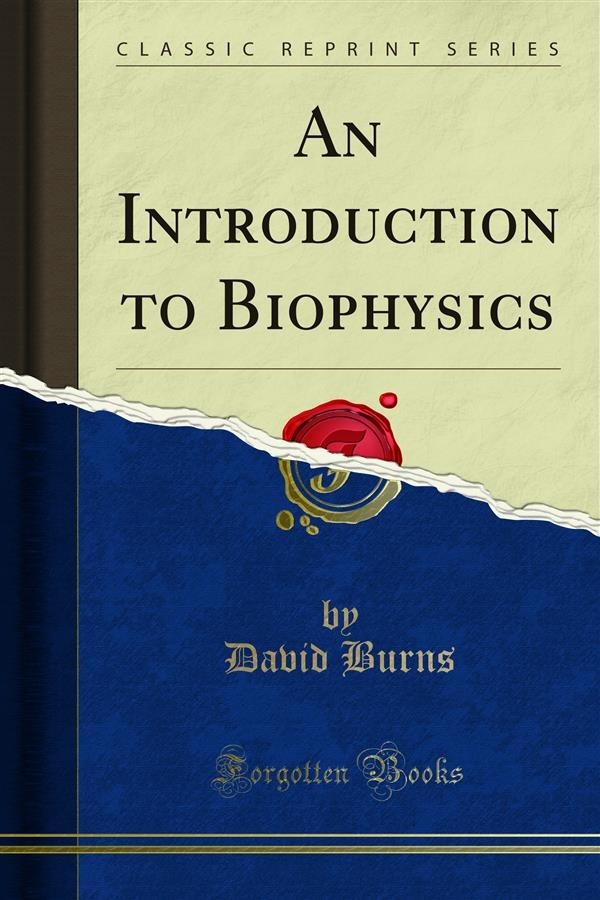 An Introduction to Biophysics

This book makes no pretensions to be a complete or even a systematic survey of Biophysics. Its object is partly to be explanatory. Current medical publications are full of terms culled from physico-chemical and physical terminology; the clinician of to-day clothes his ideas in words unknown to his brethren of yesterday; his phraseology, at least, is physical. Apart from and beyond a mere explanation of physico-chemical terms, an attempt has been made in the following pages to present physiological phenomena from a purely physical standpoint. The problems of life, and vertebrate life in particular, have been viewed through a physicist's eyes. This does not necessarily imply that the matter of the book is permeated with mechanistic philosophy. We are all, more or less, amateur philosophers, but we would be poor scientists indeed if our views were permitted to colour our facts. Phenomena, as they appear to-day, are set out for the critical examination of the student. He will have all the facts and circumstances fully mobilised, standing up side by side before him like an awkward squad, and there is nothing more awkward than some facts that have to stand out squarely in the daylight I And he inquires into their ancestry, makes them hold out their tongues, and pokes them once or twice in the ribs, to make sure that they are lively and robust facts capable of making a good fight for their lives. He never likes to see one thing too large lest he sees something else too small; but will have everything in true proportion. (david Grayson.)