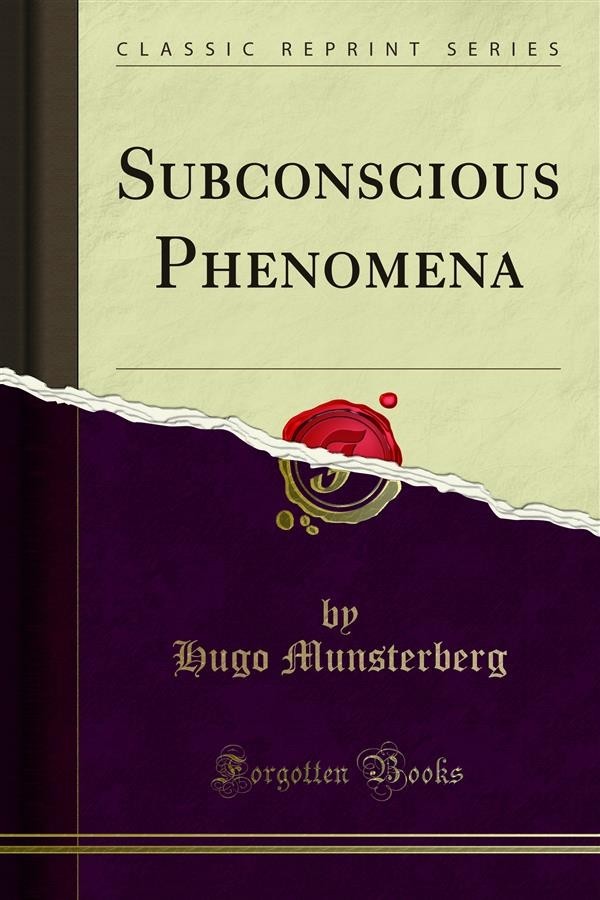 Berg's second type) involves a theory which is an interpretation Of the facts. It is with this meaning particularly that the term is used in abnormal psychology. Subconscious ideas are dissociated or split-off ideas; split Off from the main personal consciousness, from the focus Of attention — if that term be preferred — in such fashion that the subject is entirely unaware of them, though they are not inert but active. These split-off ideas may be limited to isolated sensations, like the lost tactile sensations of anesthesia; or may be aggregated into groups or systems. In other words, they form a consciousness coexisting with the primary consciousness, and thereby a doubling Of consciousness re sults. The split-off consciousness may dis play extraordinary activity. The primary personal consciousness as a general rule is of course the main and larger consciousness; but under exceptional conditions, as in some types of automatic writing, the personal con sciousness may be reduced to rudimentary proportions, While the secondary conscious ness may rob the former Of the greater part Of its faculties and become the dominant con sciousness.