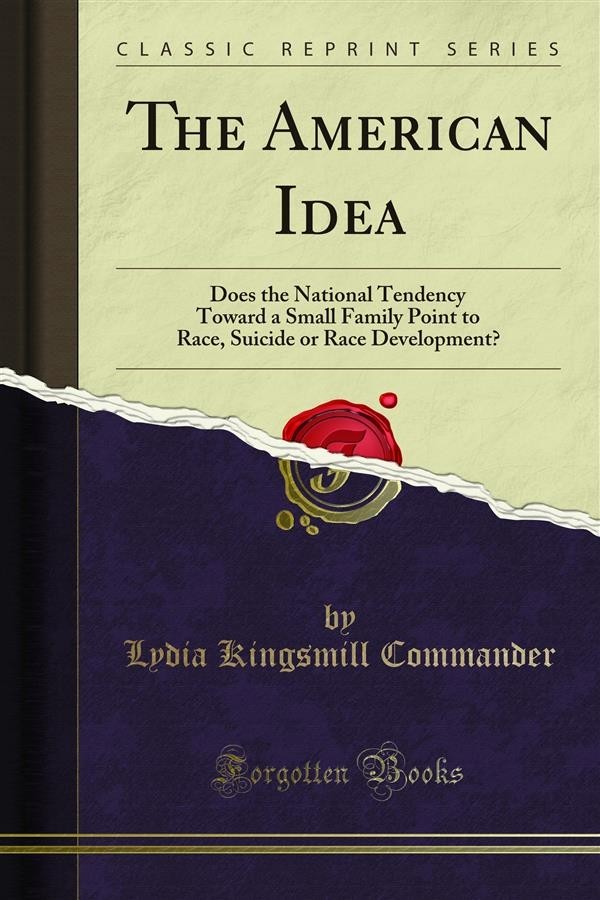 No American Problem, in recent years, has awakened such sudden and lively interest as that of race suicide It has become a theme of conversation in our homes and a subject of debate in our halls and universities. We are told of it constantly, in editorials, sermons, lectures, dramas, and Presidential messages. And so we have been building up a national structure of opinion which may or may not be of solid and well-chosen materials. As usually happens, when a new problem con fronts a nation, theories arrive before facts. Each theory, as a rule, is based upon its originator's personal experience — inevitably so, because of the lack of data on the subject. Such has been the case, to a remarkable degree, in the discussion of the race suicide question. Naturally, a nation as young and vigorous as ours could not foresee the coming of such a contingency — one which has hitherto occurred only in older countries. We have been taken by surprise.