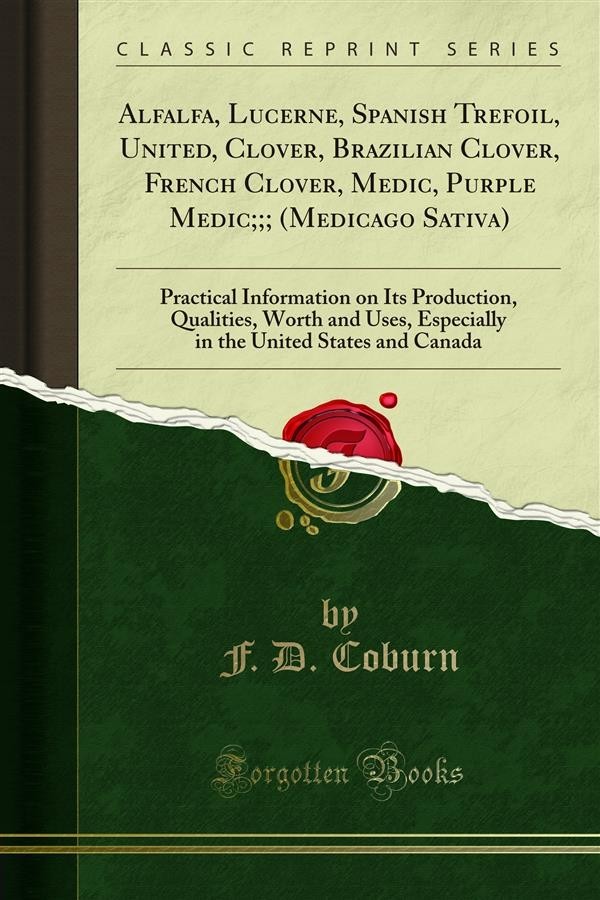 Eastward from the Pacific coast was not, however, the only route of introduction of alfalfa into America. It was early known in Germany and other northern countries of Europe, but never became so popular there as farther south. As early as 1820, years before it reached California, it was grown in New York, but seems to have been little appreciated. It is interesting to know that such old-time agri cultural authorities as Columella and Jethro Tull were familiar with alfalfa. French lucerne was introduced into England as early as 1650, but seems to have been much neglected for many years. In 1765 a farmer in Kent had fourteen acres. It is stated that at that time alfalfa was recognized as increasing the milk of kine, but an authority who knew it well asserted that cattle were apt to grow tired of it and are subject to be blown by it. These statements are interesting from the fact that so many consider alfalfa a new plant.