Troja: Results of the Latest Researches and Discoveries on the Site of Homer's Troy and in the Heroic Tumuli and Other Sites, Ma 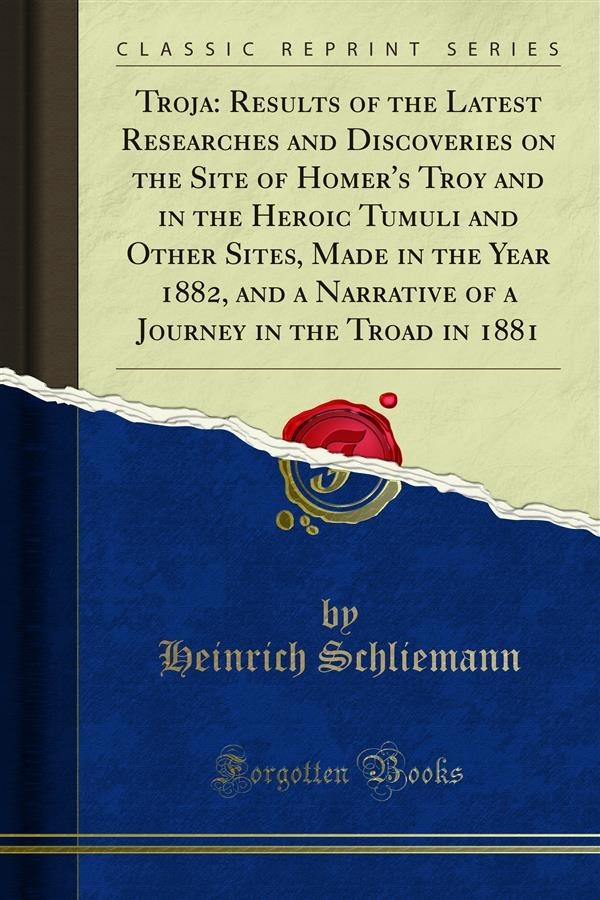 Troja: Results of the Latest Researches and Discoveries on the Site of Homer's Troy and in the Heroic Tumuli and Other Sites, Ma

Hardly ten years have passed since the veil of an im penetrable night seemed to hang over the beginnings of Greek history Wolf and his followers had torn in pieces the body of Homer; the school of Niebuhr had criticized the legends of pre-literary Hellas until it had left none of them remaining; and the science of comparative mythology had determined that the tale of Troy divine, like that Of the beleaguerment of Kadmeian Thebes, was but a form of the immemorial story which told how the battlements of the sky were stormed day after day by the bright powers of heaven. The earlier portion of the History Of Grote marks the close and summing-up of this period of destruc tive criticism. We have no authorities, the great historian showed, which reach back to that heroic epoch of Greece, between which and the literary epoch lies a deep un chronicled chasm, while the legends turned into history by rationalizing annalists cannot be distinguished from those that related to the gods. Our evidence for the so-called heroic or prehistoric period had been tried and found wanting; the myths told of the ancient heroes might indeed contain some elements of truth, but it was impos sible for us now to discover them. All parts of a myth hang closely together, it was pointed out with inexorable logic, and we cannot arbitrarily separate and distinguish them one from another.