Miscegenation the Theory of the Blending of the Races, Applied to the American White Man and Negro 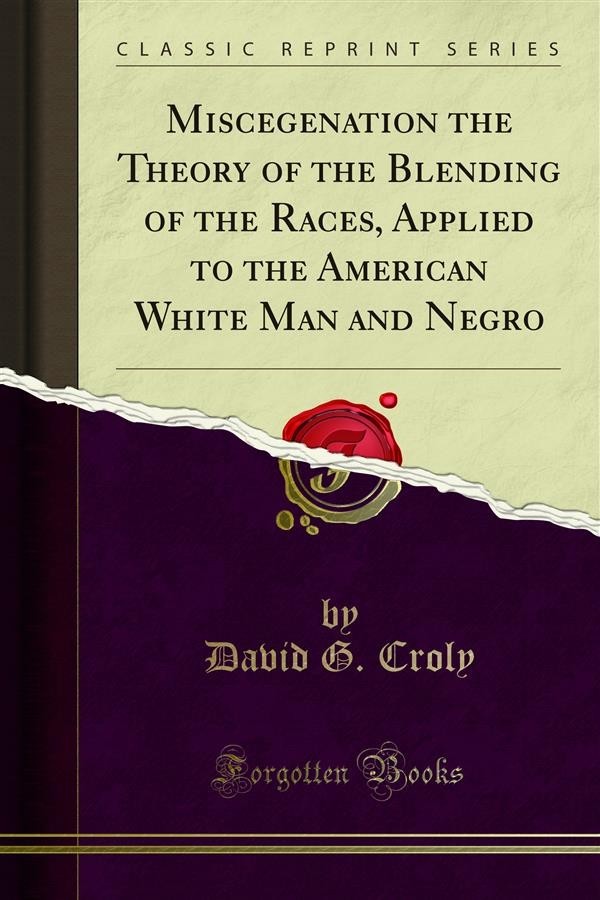 Miscegenation the Theory of the Blending of the Races, Applied to the American White Man and Negro

It must be observed how forcibly the doctrine here urged of the passage of man from one complexion to another, and through successively different forms of skull in the course of ages, is illustrated by the singular circumstance to which attention has of late years been, directed, of the gradual disappearance of the red-haired and blue-eyed men from Europe. Less than two thou sand years ago the Roman authors hear their concur rent testimony to the fact, that the inhabitants of Britain, Gaul, and a large portion of Germany, were of this kind. But no one would accept such a description as correct in our own times. The true reason is that the red-haired man has been slowly changing to get into correspondence with the conditions that have been introduced through the gradual spread of civilization conditions of a purely physical kind, and with which the darker man was more in unison.